President George H.W. Bush arrives for the coin toss prior to Super Bowl 51 between the Atlanta Falcons and the New England Patriots at NRG Stadium on February 5, 2017 in Houston.
Patrick Smith—Getty Images
By Tessa Berenson

Former President George H.W. Bush has been released from the hospital in Texas after a two-week stay.

Bush was discharged from Houston Methodist Hospital Friday after “being treated for a mild case of pneumonia and chronic bronchitis,” according to a statement by his spokesperson Jim McGrath. “President and Mrs. Bush are very pleased to be home spending time with family and friends and grateful for the outstanding care provided by his doctors and nurses.”

Former President George W. Bush posted an Instagram photo from the hospital with his father last week, reporting that Bush Sr. was “joyful” and “strong.”

George H.W. Bush, who is 92 years old, was last admitted to this hospital in January for problems related to pneumonia, CNN reports. 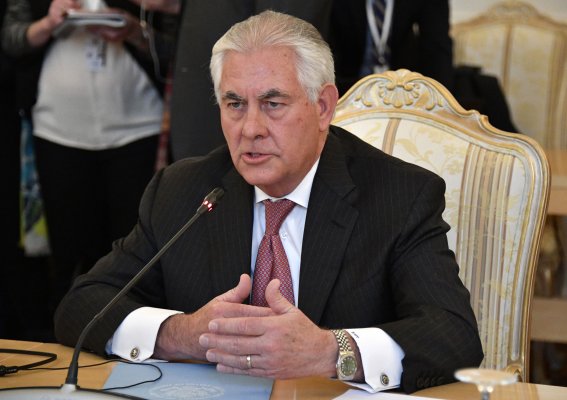