President Trump stands in the Oval Office following an interview with Reuters at the White House in Washington, April 27, 2017.
Carlos Barria—Reuters
By Kevin Lui

Just ahead of his 100th day in office, U.S. President Donald Trump said that a conflict with North Korea could be a possible outcome to the escalating tensions brought about by the country’s nuclear ambitions and missile testing, but a diplomatic solution would be preferable.

“There is a chance that we could end up having a major, major conflict with North Korea,” he told Reuters in an exclusive interview Thursday in the Oval Office.

Trump added that “we’d love to solve things diplomatically but it’s very difficult,” telling Reuters that he and his administration are seeking a peaceful resolution to the North Korea question, in part by preparing a slew of fresh economic sanctions while not ruling out a military solution. 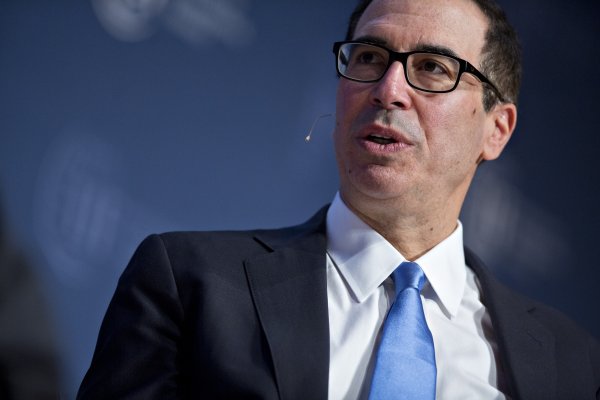 U.S. Won't Give Exxon Mobil a Waiver to Drill in Russia
Next Up: Editor's Pick