Do You Really Need to Eat Less Salt?

For decades, heart doctors and government recommendations have warned that eating too much salt can cause high blood pressure, which puts a person at risk for heart-related problems. That’s unfortunate for 89% of Americans, who consume more than the recommended sodium limit each day.

Yet some studies, including a new one, suggest that people who eat more sodium are no worse off than those who eat less.

There turns out to be a simple reason for the mixed messages about the dangers of sodium: Doctors’ advice about cutting back on salt is based mostly on data from people who already have high blood pressure or borderline hypertension. For these people, lowering salt intake can dramatically reduce their blood pressure, which in turn can protect them from heart disease and stroke.

The assumption has long been that sodium works the same way in people who don’t yet have high blood pressure—but there is much less evidence in healthy people. Some data suggest that eating less salt can lead to lower blood pressure in these people as well, but some experts are beginning to think that for people without high blood pressure, lowering salt intake may not have as direct or sizable an effect as it does for people with hypertension.

MORE: Your Meal Has Six Times More Salt Than You Think

The latest study to explore salt and blood pressure, presented at the annual Experimental Biology meeting, adds to this evidence. Lynn Moore, associate professor of medicine from Boston University, and her colleagues studied more than 2,600 people enrolled in the Framingham Offspring Study, a well-respected data set involving the children of the Framingham Heart Study (which provided much of the information on heart disease risk that doctors follow today). The scientists asked people to record their diet, and they took blood pressure measurements every four years over a 16-year period.

People who followed current sodium guidelines, which recommend eating less than 2,300 mg a day, actually had slightly higher blood pressure on average than people who consumed more sodium. (The study wasn’t designed to track the participants for how their salt intake correlated with health outcomes like heart events.)

That surprising finding doesn’t mean that sodium has nothing to do with blood pressure, Moore says. But it points to the possibility that sodium may not be the only nutrient—or even the most important one—to consider when it comes to controlling blood pressure. In the study, Moore also found that people with high levels of potassium, which comes from foods like bananas, tended to have lower blood pressure readings regardless of how much salt they ate. People with higher levels of magnesium also tended to have lower blood pressure over the study period, though the difference there wasn’t quite as striking.

“What the study shows is that intakes of potassium and magnesium were very important in terms of blood pressure and heart disease outcomes, regardless of sodium intake,” Moore says. Most Americans don’t eat enough of either nutrient; the average American only eats about 2,600 mg of potassium a day, though the Institute of Medicine recommends consuming 4,700 mg daily.

This particular study was not a gold-standard clinical trial where researchers control for factors that can influence both salt intake and blood pressure. Instead, it was an observational study in which the people reported what they ate, and Moore and her team calculated their sodium intake. The most reliable way to measure sodium involves taking multiple readings from urine over 24 hours, says Dr. Cheryl Anderson, associate professor of preventive medicine at the University of California San Diego and vice chair of the American Heart Association Nutrition Committee.

These findings aren’t enough to change the standard advice to watch sodium intake for optimal blood pressure. But they underline growing evidence that for people with normal blood pressure who want to keep it that way, reducing sodium intake may not be the only strategy, or even the best one. More research is needed, but getting adequate levels of potassium and magnesium may also be important. “We need to re-look at the evidence for what should be the guidelines for otherwise healthy people,” she says. “That’s who the dietary guidelines are supposed to be for.” 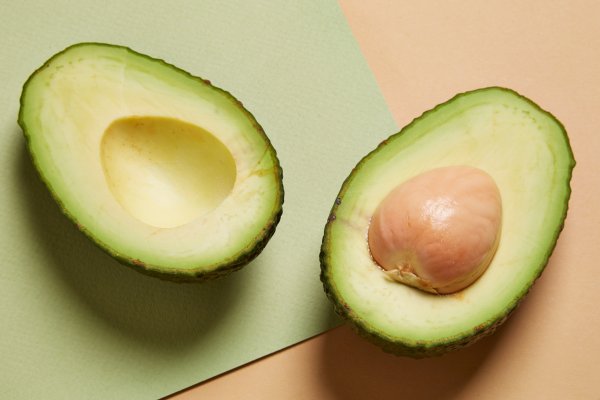 7 Ways to Lower Cholesterol
Next Up: Editor's Pick