San Antonio Mayor Ivy Taylor is under fire for saying that “broken people” who aren’t in touch with religion are at the root of poverty in her city.

Taylor made the remarks at an April 3 forum where she and another mayoral candidate fielded questions including one from the director of San Antonio’s Christian Resource Center, who asked what they saw as “the deepest, systemic causes of generational poverty in San Antonio,” the San Antonio Current reports.

The answer reportedly didn’t cause a stir at the forum, but the video has since been widely shared online.

She is now being criticized for linking poverty and religion. Nearly 15 percent of San Antonio’s population lives below the poverty line, according to the Current.

While Taylor didn’t immediately respond to a request for comment from TIME, she did address the backlash on Facebook on April 23 — writing that she has devoted her life to “breaking the chains of generational poverty.”

“I also believe in Original Sin, and that was the context for my comment in the YouTube video clip. We’re all ‘broken,’ from the richest among us to the poorest, until we forge a relationship with our Maker,” she wrote in the post. “I could have expressed myself more clearly in explaining my belief at the forum.” 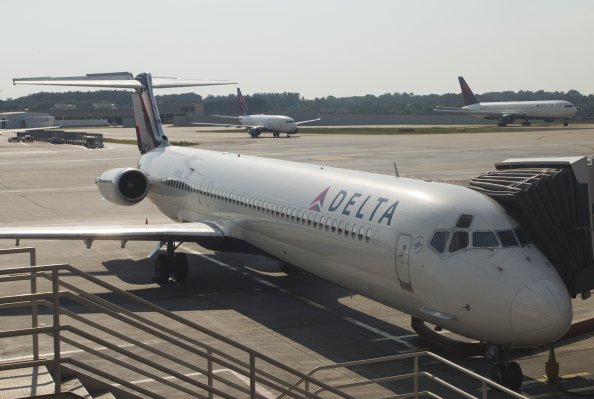 Man Kicked Off Delta Flight for Using Restroom
Next Up: Editor's Pick