The 4 Best Virtual Reality Experiences at the Tribeca Film Festival

The Tribeca Film Festival, which, since its creation in 2002 has become a fixture for the movie industry, is no stranger to immersive and interactive experiences. Already, in 2013, they introduced Storyscapes, a showcase of works blending storytelling and technology. Back then, only five projects were featured. Last year, the festival debuted the Virtual Arcade, to make more room for the growing number of virtual reality pieces being produced by household names and emerging voices alike. Eighteen were selected and offered on-site for visitors to try. This time around, the two sections have been merged.

The 2017 edition of the festival boasts 30 such innovative experiences, two thirds of which are world premiere. They run the gamut of the current uses of the medium, from fiction to non-fiction, photorealism to animation, room-scale installations to interactive. In fact, to help guide the attendees through these, clever little icons with keywords have been affixed to each, letting you know what to expect. Will you be seated or standing? Are you able to move around the space? Is it being run on a mobile or a more sophisticated system?

We did our own selection, looking through the programming for the most compelling and groundbreaking documentary(ish) projects.

Giant sequoias are nothing if not awe-inspiring. Their height − reaching 50 to 80 meters on average − and their diameter − between 6 to 8 meters – are testaments their resilience. Still, they are considered endangered by the International Union for Conservation of Nature. Faced with a tree of that magnitude, it is hard not to want to hug it, soak in its age-old wisdom.

Treehugger Wawona offers the opportunity to do just that, and more: it teaches you about the biology of the tree in an emotive way. Collaborating with London’s Natural History Museum and the University of Salford in Manchester, the creators, Barnaby Steel, Ersin Han Ersin and Robin McNicholas, gathered biological data using a combination of imaging techniques including LIDAR, white light, and CT scanning. The information was then used to build the VR piece. Biosignals are turned into an entrancing soundscape while the experience itself mimics the way water flows from the roots to the tip of the leaves, eventually evaporating. As you’re being led upwards, you imagine yourself as one of these droplets, a speck that ought to contribute to a much, much bigger ecosystem.

Still from "Draw Me Close"

Most Touching: Draw Me Close

“My relationship with VR has been a slow-burn romance,” admits the Canadian playwright and filmmaker, Jordan Tannahill. “I approached the medium wondering what it can do that theater or film can’t.”

He began collaborating with the National Theatre and the National Film Board Canada after the two cultural institutions ran a lab focusing on the intersection between theater and immersive technologies. Having recently received the news that his mother has terminal cancer, the 28 year-old has become preoccupied with questions of mortality and memory; the latter leading to reflections on how memory is constructed and experienced. “Some things come into focus as others fade,” he muses.

Inside the headset, Draw Me Close starts as a white void that slowly comes to life as black lines are drawn, sketching a living room. Outside of it, an actress plays the role of Tannahill’s mother, whose movements, thanks to motion capture, are translated in real-time into the virtual space. This collapsing of art forms helps Tannahill share a formative childhood moment in a way that is deeply affective, and thus powerful. “Using animation allowed me to express how memory works,” he says. “VR meant I could make the experience total, while performance makes it tangible.”

Still from "The Last Goodbye"

At 85, Pinchas Gutter is more technologically savvy than most and committed to ensure that his story is shared with others in the future. Already, the Holocaust survivor partnered with the USC Shoah Foundation who recorded him answering over 1,500 questions in a custom-made spherical light stage outfitted with more than 50 video cameras. The result: a hologram you can converse with. Now, thanks to VR, he takes you on a stirring tour of Majdanek Concentration Camp where he was interned, and where his parents and twin sister were killed.

The experience is modeled by co-creator Ari Palitz’s recollection of visiting Dachau. “An older gentleman had been arguing with one of the custodian. When I approached him, he explained that much of it was a reconstruction and that it was his job to make sure that people understood that what happened here was real,” he remembers. “There’s so much to be said about seeing the space, noticing the details − like scratches in the railcar −, and having someone who lived it by your side to make it become tangible.”

The team endeavored to do just that. They followed Gutter on what he vowed would be his last visit to the site with a custom stereoscopic rig, created HDR photogrammetric scans using tens of thousands of photographs, and spent five months accurately re-creating the concentration camp in 3D. “What was most difficult, technically, was not making it look great, but making it look real and seamless,” explains Palitz. The ultimate goal being that if the audience can forget the technology and the technical prowess, than they can focus on Gutter’s story, one we ought never to forget.

Tackling the subject of sexual assault in any media is delicate, let alone in VR. That said, for Zohar Kfir, it wasn’t a reason to shy away from it. Rather, she saw it as an opportunity to demonstrate that this new medium could be used in a respectful, sensitive yet impactful manner.

Much of Testimony is centered around the idea of devising a safe space, for those who are telling their story and those who are hearing it. The five participating survivors were filmed in 2D answering five questions focusing mostly on the aftermath, a part so often overlooked. It included Selena Pinnell, the creative director at Kaleidoscope VR, the studio collaborating on the project. “My own healing journey involved thinking about a group of women in India who created a place to educate women to fight back,” she says. “They became a symbol of safety. I would visualize them around me, protecting me. Zohar put video footage of them behind me. Suddenly, I saw what I had visualized in my mind come to life. That was very powerful.”

Edited in this way, the answers were then divided and mapped into a 3D space. The viewer sits at the middle of it, able to direct their gaze towards any of them, making them come alive. If the testimony becomes too intense, look to the side, and the person slowly fades back. “This creates an environment in which people are empowered and in control,” believes Kfir “And one, where they feel comfortable, are compelled to listen, have the space to make their own connections and to meditate.” 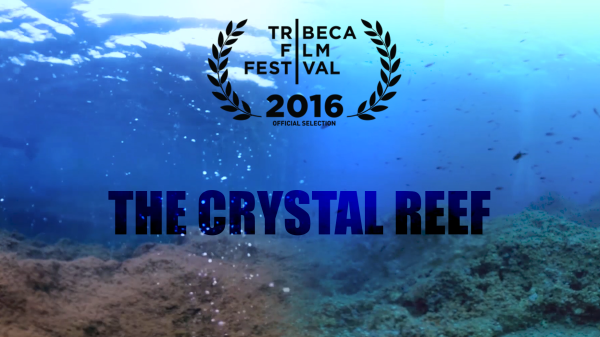