Getty Images
Ideas
By Douglas Brunt
Brunt is a best-selling author whose most recent novel, Trophy Son, will be published by St. Martin's Press on May 30.

At six years old, our son had friends who played soccer from 4 p.m. to 7 p.m., Monday through Friday. A six-year-old practicing as much as a Division I athlete. (The parents we know are actually hoping their kid stops enjoying it so much.)

I turned six in 1977. Youth athletics then was nothing like this, and I wondered how things changed so much. I started looking at our societal emphasis on sports, using the most tangible metric by which we measure emphasis: money.

It’s common knowledge that professional athletes earn extraordinary incomes. What is less known or understood is how the advent of these riches has seeped into the conscious and unconscious ways in which our society now parents children.

In the fifty-year period from 1920–1970, our professional athletes were our heroes but not our millionaires. Professional athletes in these early decades often took odd jobs or sold insurance to support themselves. Great wealth in sport is a new phenomenon — and one that is not detected or appreciated by the ten-year-old mind. For the child fan, the men in pinstripes are heroes, and we want to be them, regardless of their paycheck.

If it’s not a way up to professional contracts, it’s a way up to college. The way to get an acceptance letter from Yale is not to be well rounded and solid in many things. It’s to be exceptional at one thing. Be a world-class violin player, a nationally ranked chess player or a top recruit in basketball, football, baseball. The mindset for success in college admissions is specialization.

Sports is no longer a prize unto itself. The prize today is a college scholarship, generational wealth, a glamorous lifestyle — and so parents become destination-obsessed.

The creep of intensity in sports, driven by parents, has moved to younger and younger ages for the kids. It has migrated from the professional level to college to high school to middle school to the various local travel teams for our eight-year-olds. The educational component of sports is diminished. It’s less about the process and learning teamwork, discipline, that there is a connection between practice and improvement.

Now the goal is to make the next rung on the way to the prize. Make the travel basketball team as a nine-year-old so you can make the middle school team, then varsity, then win a college scholarship and the NBA contract.

In most communities, if the parent chooses not to enroll a child in travel sports, the parent is choosing to nonmainstream their kid. If the family does not sacrifice weekday evenings and all weekends beginning at the time kids are nine years old, these kids will likely be denied a high-school athletic experience.

This leads to two negative consequences on our children. First, parents and our societal sports infrastructure are forcing early specialization in a single sport (or in areas other than sports, such as piano, violin, chess), which narrows the development of children. Second, the intensity and need for an edge to get the prize has led to a cottage industry of extra coaching, much like SAT preparation courses, that extends the dynamic of “haves and have-nots” into sports, un-leveling the playing field.

Specializing in one sport is not a bad thing, and at a certain point is a necessity. That point used to begin in college. In my high school days, there were plenty of two- and three-sport athletes. This is much less common now. In today’s competitive high school programs, athletes play a sport in one season and continue to prepare for that same sport in the other two seasons. In general, the sport they play is picked exclusively years earlier. The youth-sports leagues outside the school programs for basketball, soccer, baseball, lacrosse will schedule tournaments and practices over each other so that a player is forced to choose only one sport due to scheduling conflicts. Our eight-year-olds need to decide and place their bets.

And that’s if the kid is “succeeding”. What it takes to succeed is participation in the burgeoning cottage industry of private coaching. Basketball tryouts in three weeks? A few skills and drills classes to polish up. $300 here. $300 there.

A 2015 survey published by NPR, the Robert Wood Johnson Foundation and Harvard’s T.H. Chan School of Public Health showed a correlation between socioeconomic status and a parental hope for professional sports. Nine percent of parents with a college degree say that they want their kids to be professional athletes, compared to 44% of the parents with less than a high-school degree hoping for the same.

The imbalance doesn’t affect the kid who is 6’8” and athletic. He’ll make the team. The difference is with the kids at the margin, hoping to have an athletic experience. The one from a family with the financial means for extra coaching will likely make the team. The one from a family without those means will likely get cut and need to find something else to do after school. One hopes they will stay out of trouble.

The problem is not that the salary of professional athletes is 78 times the national average rather than 3.4. Our society loves and rewards sports. This is what the market pays, and the athletes should get their money.

The problem is that the wealth and fame of sports is a lure for the wrong-headed parenting that specializes kids who are too young to decide for themselves, all for an outcome with lottery odds of success.

The road to professional contracts in all sports is littered with the teenage bodies that made the same sacrifices but fell short and are now largely unprepared for an adult life apart from sports. Our society is about to experience its first full generation of these teenagers entering the workforce, or not.

The answer to this problem lies in the home and in the schools. Some possible remedies are limits on organized off-season sports practice in high school, minimum age requirements in professional leagues, heightened parental awareness of the importance of balanced education and experience for kids.

Awareness seems to be building. In May of 2016, Steph Curry spoke out against growing hyper-specialization, claiming that playing multiple sports through high school made him a better basketball player. In August of 2015, the U.S. Tennis Association (in my view, tennis is among the most extreme sports with regard to early, single-sport specialization) spearheaded an advertisement promoting multisport participation as a way to promote better performance, less burnout, less isolation and more enjoyment. There is plenty of research to support this claim, but it may be a long time before the research sways parental behavior.

I don’t know what’s in store for my kids with sports. Right now, they play lots of different things. Even if they hate something, we make them go at least a few times, because it’s important to try things out. If they get passionate about one sport, they’re free to go after it. But it was never an all-or-nothing proposition for me, and I hope it won’t be for them. 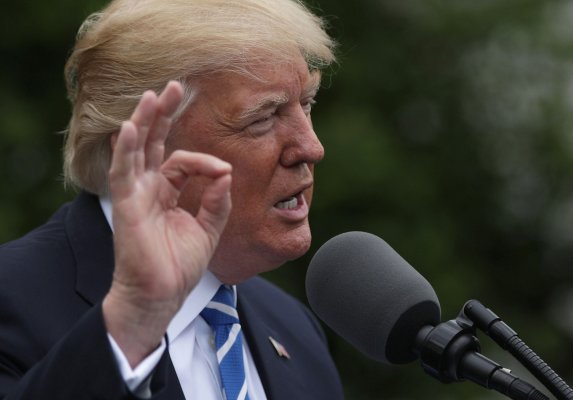