The Switch Is So Successful Even Nintendo Is Surprised

The Switch is doing very well, even better than Nintendo expected, and Nintendo was already expecting a lot. The company’s fiscal year earnings are up, and thanks to both the Switch and The Legend of Zelda: Breath of the Wild, the figures are some of the best the company’s seen since 2011, when the original Wii was still a shiny object in console-dom’s firmament.

Start with Nintendo’s own (in hindsight conservative) sales kickoff predictions. The Switch launched on March 3, making the month a reasonably round sales metric. Nintendo predicted it would move 2 million of its hybrid game slate — it can be either a TV console or a handheld — by the end of March. In fact, Nintendo reports the Switch managed to move 2.74 million units, a figure that surprised even Nintendo given Switch’s off-holiday arrival. This is why no one can find one.

The more improbable feat, however, remains sales of the Switch version of The Legend of Zelda: Breath of the Wild at 2.76 million units. That, as similarly noted mid-April, seems to be because the unprecedented greater than 1-to-1 attach rate is probably due to some fans snatching up one of the limited editions along with a second copy to play. Factor in Wii U version sales, which add 1.08 million to the tally, and Zelda‘s numbers soar to 3.84 million units. Overall Switch software volume was 5.46 million units for March, says Nintendo. (Incidentally, the Master Edition of Zelda, which retails for $129.99 but sold out hours after its announcement in January, is currently trending on eBay at $250.)

Nintendo didn’t release sales figures for 1-2 Switch, its other in-house launch game, aimed at groups of players in party-style settings and arguably much more representative than Zelda of the Switch’s platform uniqueness. All the company says in its report is that 1-2 Switch “has been generating buzz.” I’d guess the game hasn’t sold as well as Nintendo had hoped, presumably because it hasn’t figured out how to sell past a demographic that doesn’t seem to entirely understand it (traditional gamers) to the broader coveted “blue ocean” demographic not inclined at this point to impulse-buy it.

“We have done a lot of things to raise awareness about how the Switch experience can offer something new, and I am just relieved that consumers seem to have accepted it,” Nintendo president Tatsumi Kimishima told the Wall Street Journal. He admits to some surprise over Zelda‘s uptake, but that it vindicates the view that “a good game title will spur sales of the platform device.”

Nintendo says it expects to sell 10 million Switch units in total over the next 12 months, but Ace Research Institute analyst Hideki Yasuda says that’s too conservative, estimating the company could move north of 15 million units. A mid-March Wall Street Journal report had indicated Nintendo was ramping up production from 8 million to 16 million units for April 1, 2017 to March 31, 2018.

Next up, Mario Kart 8 Deluxe, which launches for the Switch on Friday, April 28. That’s followed by Arms (a quirky boxing game) on June 16, and Splatoon 2 (a shooter, only with paint) on July 21. The game everyone’s watching to propel Switch sales this holiday, of course, is Super Mario Odyssey, the company’s first open-ended 3D Mario game in 15 years. 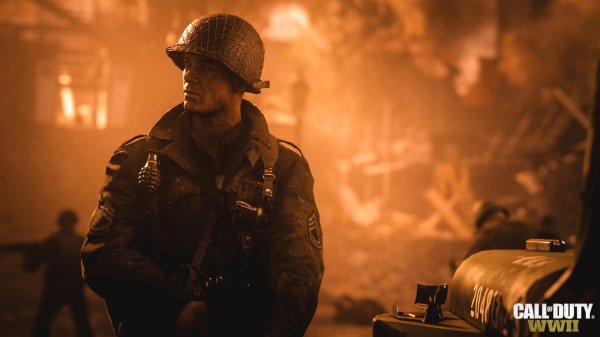 Everything We Just Learned About 'Call of Duty: WWII'
Next Up: Editor's Pick