Everything We Just Learned About 'Call of Duty: WWII'

As teased, Activision’s flagship franchise will return to World War II by way of subsidiary Sledgehammer Games, the studio behind the series’ 11th installment, Call of Duty: Advanced Warfare, in 2014. In a global livestream replete with explosions and voyeur-cam shrapnel, Activision touted what it’s simply calling Call of Duty: WWII as more or less what you’d expect of a series with 10 years of industry technical advances in its rearview mirror since its last visit to the period.

Which is just to say the game seems as graphically tricked out as rival EA DICE’s Battlefield 1, which arrived last fall. Sledgehammer heads Glen Schofield and Michael Condrey talked up the game’s fidelity and historicity, noting that it takes place entirely in the European theater near the war’s close, between 1944 and 1945. It starts, as so many World War II games do, with players storming the beaches of Normandy on D-Day, then includes fighting through Hürtgen Forest, urban combat in France and Belgium, and finally the inexorable push toward Germany.

There’s not a lot you can show World War II wonks they haven’t seen at this point (slo-mo zooms on acts of incredible violence can only titillate even the most fanatical so many times). Watching cinematic in-game footage of beachheads and tanks and humans bashing other humans to smithereens produces at best a kind of visceral numbness. To Activision’s credit, it’s been nearly a decade since the series visited this period — the last time was 2008’s Call of Duty: World at War, which explored the Pacific theater. And unless EA DICE has an unrevealed World War II Battlefield 1 followup in the offing this year, this looks like the 2017’s only triple-A World War II game on the block.

Activision CEO Eric Hirshberg confirmed the game will arrive on November 3, 2017 for PC, PlayStation 4 and Xbox One, noting that the customary multiplayer beta will transpire at some point earlier in the year. 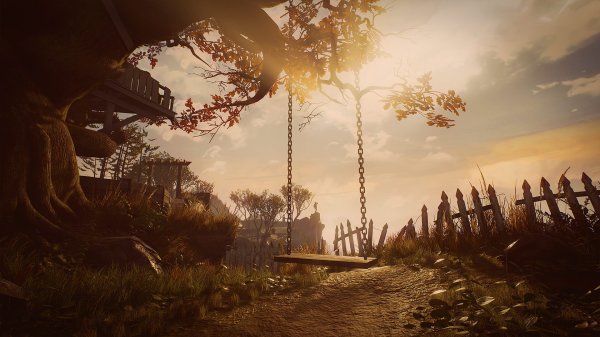 'What Remains of Edith Finch' Is a Powerful Elegiac Mystery
Next Up: Editor's Pick