Pope Francis gave a surprise TED talk via recorded message on Tuesday night. It was the first time a Pope has ever gave a TED Talk, and the latest development in a growing partnership between Francis’ Vatican and social technology companies. His message? “Why the only future worth building includes everyone.”

His message was more than a social media sensation. It was the latest development in an active courtship between Rome and Silicon Valley. Twitter reached out to the Vatican early, late in Pope Benedict XVI’s papacy, and devoted a staff team that spent a year working to get the Vatican on to join the platform. Benedict launched the @Pontifex account late in 2012, but it has been Francis, who become pope just months later, who has made it an active part of the papacy. Pope Francis joined Instagram in 2016, and quickly set a record for gaining a million followers. Facebook has tried to get Pope Francis to join, but so far the Vatican has been hesitant, expressing concerns over how to control its message on the platform.

TED posted the backstory of their own negotiations with the Vatican on its blog. The 18-minute talk was a year in the making, and included several trips to Rome to seal the arrangement and 40 TED translators who work to post Francis’ message with subtitles in 20 different languages. “At a certain point, nearly 80 people across our team and in Vatican City were aware of the talk — but we managed to keep it confidential until the moment we unveiled it at TED2017,” Bruno Giussani, TED’s international curator, said.

“Pope Francis is someone who has shown he is willing to use technology to meet people where they are,” Michael O’Loughlin, author of The Tweetable Pope: A Spiritual Revolution in 140 Characters and reporter for America Magazine, explains. “Francis seems to have the unique ability to capture the world’s imagination, so it makes sense that TED Talks would want him to be part of their platform.”

Twitter and TED might see the Vatican as its best free media, but for the Vatican, the value of these global technology partnerships is mutual. Pope Francis, at age 80, is working to make the Vatican, perhaps the world’s last truly medieval court, accessible to the modern world. For Francis, the TED Talk is the modern sermon, and his talk sounds like his homilies — accessible, tender and real. He also used the opportunity to promote his mission, building bridges across divides and caring for migrants, the earth and the poor.

“A single individual is enough for hope to exist, and that individual can be you,” Pope Francis said in the video. “And then there will be another ‘you,’ and another ‘you,’ and it turns into an ‘us.’ And so, does hope begin when we have an ‘us?’ No. Hope began with one ‘you.’ When there is an ‘us,’ there begins a revolution.”

TED is another way for Pope Francis to continue to reach the next generation, a demographic he knows is key to bolster the church’s future. Next year, Pope Francis will convene a gathering of the world’s bishops to discuss youth, faith and vocational discernment. In each country he visits, he makes a point to speak to youth and to seminarians. He drew millions on the beaches of Rio de Janeiro for World Youth Day in 2013, and again in Krakow last year.

So while Francis’ technological savvy alone is noteworthy, his TED appearance is another reminder that his true cultural power comes from how he uses new means to advance his message. “First Twitter, then Instagram, and now TED Talks seems to be latest space where he is preaching the gospel,” O’Loughlin says. 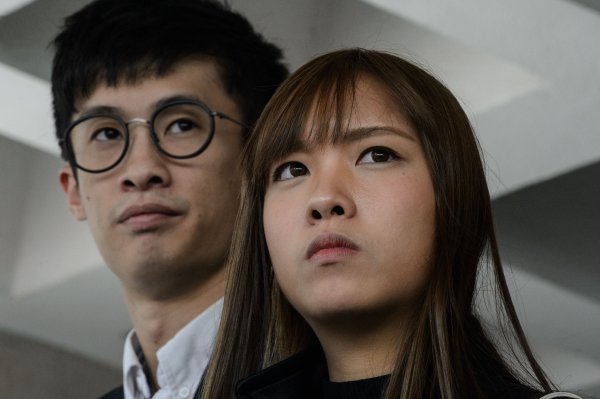