House Republicans introduced a health care amendment earlier this week that would allow states to opt out of certain Obamacare regulations — but those conditions won’t apply to them.

The amendment, according to a copy first obtained by Politico, allows states to waive out of certain regulations from Obamacare that remained in place under the American Health Care Act, including a ban on charging people higher premiums for preexisting conditions.

But according to a report from Vox, Congressional lawmakers and their staffers would be allowed to keep these types of regulations, a spokesperson for Rep. Tom Macarthur, who wrote the amendment, confirmed to the outlet. So if a Representative is from a state that decides to waive out these regulations, that representative — or their staffer — can keep those provisions in their plan.

This represents a break from Obamacare, Vox reports, when legislatures had the same coverage options as their constituents.

It is unclear, however, if this amendment will pass in Congress. The American Health Care Act did not even garner enough support to make it to the House floor for a vote. 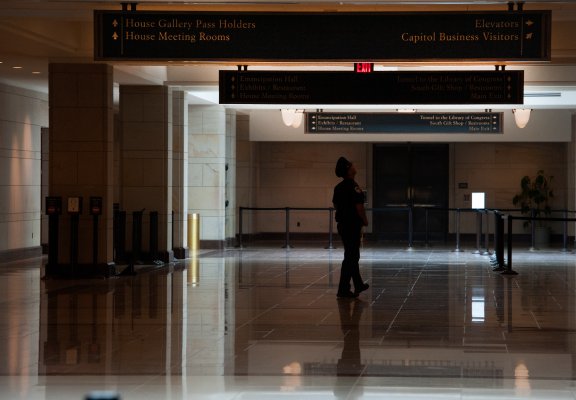 5 Questions Congress Needs to Answer to Avoid a Government Shutdown
Next Up: Editor's Pick