You can always count on Leslie Jones to have a good time at a party — and come through for her fans with copious photo evidence of the characters she’s been hobnobbing with. On Tuesday night, the comedian and actor attended the annual TIME 100 Gala in New York as one of the year’s members.

“I live-tweet pretty much everything, anything that’s exciting,” she told TIME during the cocktail hour.

Her proximity to the world’s luminaries also gave her the perfect chance to take plenty of selfies. Here’s a roundup of Jones’s well-documented night, as seen through her Twitter.

She kicked things off by sharing some shots of her and Deadpool‘s Ryan Reynolds, who’s apparently one of her crushes. Not to worry, though: his wife and fellow star Blake Lively also got a complimentary shout-out. Jones called her “the homie.”

Jones also got a snap in with Sarah Paulson, another member of the year’s list, alongside actress Holland Taylor.

There were athletes and models and chefs, oh my:

And, last but not least, Jones made sure to sneak a picture in with Viola Davis, one of the TIME cover stars of the year who also delivered a powerful toast during the course of the evening. While meeting Davis might leave most of us speechless, Jones assures us that Davis is actually “normal as hell.” As usual, thank you to Jones for giving us the inside scoop. 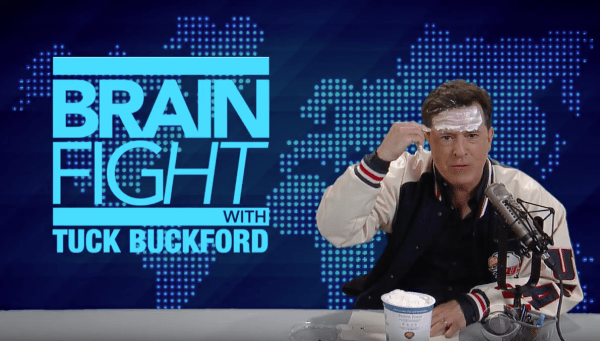 Stephen Colbert Brings Back His Alex Jones Character to Go to War on Chobani Yogurt
Next Up: Editor's Pick