While it is still unknown what killed a giant bunny found lifeless in the cargo area after a trans-Atlantic United Airlines flight earlier this week — it is far from the first time an animal has died on a plane.

Federal agencies provide guidelines to keep animals as safe as possible and monitor and incidents when they come up.

Prepared pet owners can also help ensure animals fly without a problem. Here’s what you need to know about traveling with pets and how to keep them safe:

What kind of pets can you fly with?

The Department of Agriculture mandates how and which animals can be transported on flights, though individual carriers may have different rules.

United allows domesticated cats, dogs, rabbits and household birds, excluding cockatoos, to travel in the cabin if accompanied. American Airlines only allows cats and dogs on flights, with some breed restrictions.

Several carriers including JetBlue and Southwest Airlines don’t allow any animals to fly in the cargo area of the planes. JetBlue charges a $100 one-way fee per pet, and only allows small cats and dogs that weigh less than 20 pounds including their carrier to travel with their owners in the cabin. Southwest has a similar policy — though it charges $95 each way.

Service animals are exempt from these restrictions as they are not considered pets and are guiding people with disabilities.

How much will it cost to travel with my pet?

Prices vary depending on the airline and how the animal will be transported.

American Airlines charges up to $200 per kennel for checked pets and $125 for pets brought into the cabin.

United Airlines charges a range of prices depending on the size of the animal and the locations of origin and destination. Rates can range form $200 to over $2,000. Delta rates go from $75 to $200.

All service animals fly for free.

How many deaths and injuries are there a year?

Traveling with animals is largely considered safe, but according to data from the U.S. Department of Transportation, 26 animals died and 22 were injured during flights in 2016. Though the risks are low, that means an average of one animal is hurt or died for every 10,000 transported on a flight last year.

United, the airline involved in the mysterious death of Simon, an 18-month-old Continental Giant rabbit, transported over 100,000 animals in 2016 and had nine deaths and 14 injuries — the highest injury rate of all 17 airlines included in the report.

Some of the injuries are detailed in the report, showing that most of the injuries were self-inflicted and that most deaths occurred due to natural causes. Many of the incidents are minor including the one on April 5, 2016, when Phoebe, a boxer, “escaped her crate” and cut her paw before boarding a flight. “Phoebe was returned to her owner at origin and was not shipped on United. No veterinary care was required or requested,” the report notes, adding that no correction action was taken — as is the case with many of these pet-related incidents.

Hawaiian Airlines, which had the highest rate of incidents out of all airlines in 2016, saw three deaths out of the 7,518 animals it transported. Two of the reports list the cause of death as “unknown,” while one dog died of heatstroke. No corrective actions were taken, according to the reports.

How can I keep my pet safe?

USDA policies dictate that accompanied pets can be brought on flights as baggage and unaccompanied animals can be shipped as cargo.

The Department of Transportation (DOT) advises owners to get their pets accustomed to the kennel they will be staying in prior to the flight. Many incident reports show injuries from self-inflicted wounds as animals scratch or bite at their cages. Owners should also check that cages will remain closed throughout the duration of the flight.

Pets should not be given solid food for six hours prior to the flight. A moderate amount of water and walks before and after the flight are also advised, according to the DOT.

Pet owners should also consult with a vet before giving their pets any sedatives. 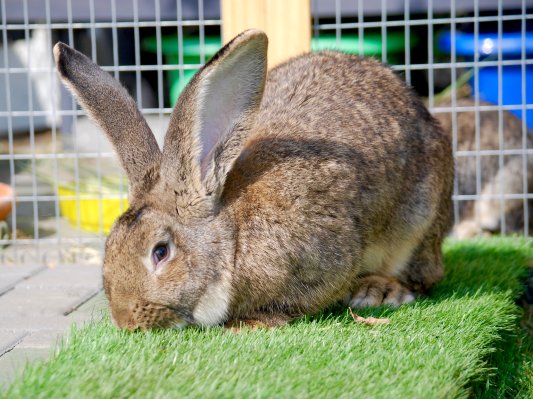