United Airlines is facing another mishap after a giant rabbit was found dead at Chicago’s O’Hare International Airport earlier this week — the same airport where a passenger was dragged off a flight earlier this month.

Simon, a 35-inch-long Continental Giant rabbit who is expected to follow in his father’s footsteps to become the world’s biggest bunny, was found in the cargo hold on a trans-Atlantic flight from London Heathrow to Chicago’s O’Hare International Airport on April 20, according to a United spokesperson.

The airline told the BBC it was “saddened” by the rabbit’s death and is investigating the incident.

The 10-month-old rabbit was reportedly on the way to a new “celebrity owner,” according to The Sun, which first reported the story. Simon is the son of Darius, who is currently the world’s largest rabbit at 51 inches.

“Simon had a vet’s check-up three hours before the flight and was fit as a fiddle,” his owner, Annette Edwards, told The Sun. “Something very strange has happened and I want to know what.”

The United spokesperson confirmed that Simon arrived at O’Hare airport in good condition, but during a later check-up, he was unresponsive. United typically performs a necropsy through a third-party to determine the cause of death, but the owner declined, according to the spokesperson.

“We were saddened to hear this news,” United said in a statement obtained by TIME. “The safety and wellbeing of all the animals that travel with us is of the utmost importance to United Airlines and our PetSafe team. We have been in contact with our customer and have offered assistance. We are reviewing this matter.”

While traveling with animals is generally considered safe, this is not the first time an animal has died on an airline.

According to data from the U.S. Department of Transportation, a total of 26 animals died out of more than 500,000 that took flights in 2016. The agency estimated that there was an average of one death or injury for every 10,000 animals that were transported by airplanes last year.

There were nine animal deaths reported on United flights in 2016 — and though it didn’t have the highest death rate, it did have double the number of total incidents, including injuries, of the 17 airlines included in the report.

The incident comes just weeks after United drew public outrage when a viral video showed Dr. David Dao was forcibly dragged off a crowded flight to accommodate United employees, causing him to break his nose, lose two teeth and sustain a “significant concussion.”

United has since changed its policy regarding rebooking passengers, and the airline’s CEO Oscar Munoz has vowed that incidents like that “will never happen again.” 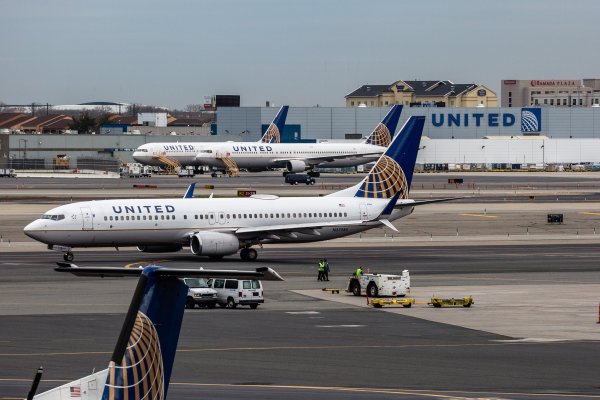