Two Hong Kong activists, who advocate the city’s independence from China and were disqualified from taking up seats as Hong Kong legislators, were granted bail Wednesday morning in relation to a brawl in the legislature during the month-long political turmoil that surrounded their elections late last year.

Youngspiration, the political party to which Sixtus “Baggio” Leung and Yau Wai-ching belong, said the pair were arrested on Wednesday morning for “unlawful assembly.” The charge relates to their attempt to force their way into the Legislative Council chamber during a meeting in November. The party’s statement says that a number of the duo’s erstwhile staff were also in the process of being taken in by police.

Yau and Leung are scheduled to appear in court Friday afternoon, the South China Morning Post reports. Leung told reporters outside the Central Police Station that they were unlikely to plead guilty.

The pair were among the youngest lawmakers elected in the territory last year, riding on a wave of pro-democracy sentiment and anxiety following massive protests in 2014.

However, their pledge of loyalty to the “Hong Kong nation” in their oaths of office sparked a political firestorm that eventually saw unprecedented direct intervention from the Chinese central government and a local court disqualifying them from taking their seats. An appeal was later rejected by the court.

Nine other activists involved in the 2014 Umbrella Revolution protests have recently been booked on charges related to the pro-democracy movement, Reuters reports. 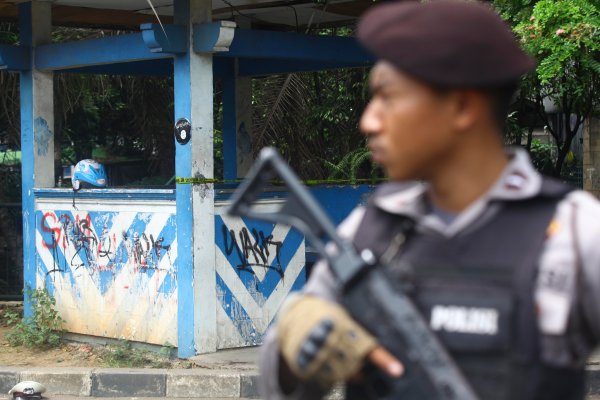