Sarah Paulson Is Totally Down to Play a Royal. But It's Not Princess Diana

By Cady Lang and Ashley Hoffman

Sarah Paulson took time out from mingling with her fellow world influencers at the TIME 100 Gala on Tuesday to shut down speculation that she might play the late Princess Diana in season 2 of Ryan Murphy’s Feud series.

Paulson’s American Horror Story costar Kathy Bates fueled talk of the possibility when at L.A.’s PaleyFest when she called Paulson “the people’s princess,” a nickname famously held by the popular Princess of Wales.

Paulson, a member of TIME’s 2017 list of influencers, was happy to address the rumors in final — and hilarious— terms.

“It’s not happening, I may know who’s doing it, but I can’t tell you. I have offered to play one of the corgis but I’m not sure if they will take me up on it,” she told TIME. A corgi may not be an official royal, but Queen Elizabeth II is known for her legendary corgi “dynasty.”

Ladies and gentlemen of the jury, we submit to you Paulson. Emmy winner, Rihanna fan, and totally up for playing a fancy dog. 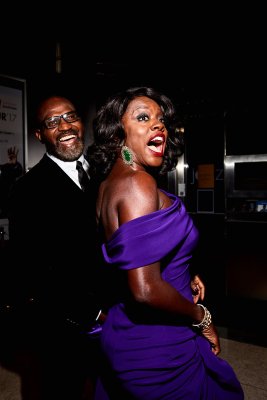 Viola Davis on Why She's Telling Her Daughter to Stop Apologizing: 'We Need to Step Into Our Power'
Next Up: Editor's Pick