A Connecticut man was arrested and charged with the murder of his wife after police found that Fitbit data didn’t match his alibi.

Connecticut’s Richard Dabate was accused of killing his wife Connie, who was found dead from gunshot wounds at their home in December 2015. Dabate said an unknown intruder broke into their house before shooting his wife and subduing Dabate with precision use of pressure points. But investigators have uncovered inconsistencies between his account and that of the devices he and Connie used, including the fitness tracker she wore on her wrist.

Evidence from her Fitbit, which works as a digital pedometer to keep track of the wearer’s daily activity, shows she was up and moving an hour after Dabate claimed she had been attacked. It further pokes holes into his account of her morning, noting just how far she moved after arriving home. Electronic records from e-mail, phone, and text messages also contribute to a complicated picture, showing a marriage in trouble and the presence of a pregnant girlfriend. Dabate claimed his wife’s life insurance policy the day after the crime.

“To say it is rare to use Fitbit records would be safe,” Pennsylvania district attorney Craig Stedman told the Hartford Courant, calling the tool an “electronic footprint.” After producing a detailed timeline of Connie’s activity thanks to the Fitbit tracker, police charged Dabate with the crime in mid-April. He faces trial at the end of the month. 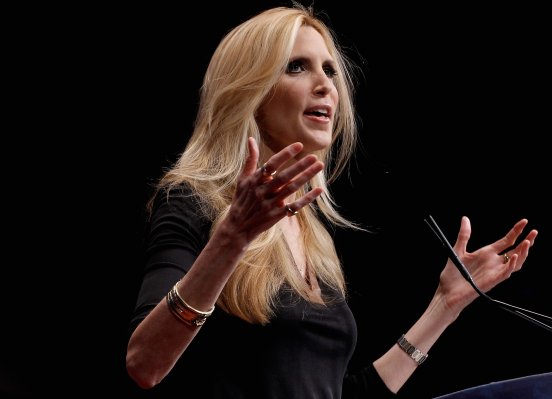 UC Berkeley Braces for Protests During Ann Coulter Speech
Next Up: Editor's Pick