Wyoming Senator Michael Enzi speaks to members of the media after the weekly Republican Policy Luncheon March 24, 2015 at the U.S. Capitol in Washington, DC.
Alex Wong—Getty Images
By Alana Abramson

The Wyoming Senator who said “a guy who wears a tutu and goes to bars…asks for it” if he gets into fights has conceded he did not choose his words wisely.

In a school presentation last week in Wyoming, Enzi was asked by students what he was doing to ensure equality for the LGBTQ community in the state. Enzi responded that Wyoming gives people to choose who they want to be, if they don’t push it in anyone’s face.

“I know a guy who wears a tutu and goes to bars on Friday night and is always surprised that he gets in fights. Well, he kind of asks for it. That’s the way that he winds up with that kind of problem,”he said, according to the local paper the Greybull Standard.

“I regret a poor choice of words during part of my presentation. None of us is infallible and I apologize to anyone who has taken offense,” Senator Mike Enzi wrote in an e-mailed statement to CNN. “No offense was intended. Quite the opposite in fact, and so I ask for your understanding as well.”

Enzi said his comments were intended to be about promoting tolerance, and doesn’t think anyone should ever be bullied. “I hope if people look at the entirety of my speech, they will understand that,” he said. 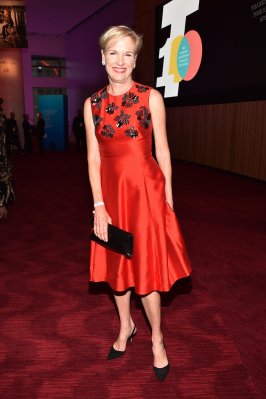 Planned Parenthood’s Cecile Richards on Ivanka Trump: 'Women are Waiting to See a Sign From This White House'
Next Up: Editor's Pick