Ivanka Trump, daughter of U.S. President Donald Trump, arrives at a Gala Dinner at Deutsche Bank within the framework of the W20 summit on April 25, 2017 in Berlin, Germany.
Pool—Getty Images
By Raisa Bruner

A new report by a watchdog group found the Chinese knitting factory used by a company that makes clothing for Ivanka Trump’s brand has poor conditions and pay, with workers putting in up to 60 hours a week for wages of about $62 weekly.

The newly-released audit investigated an 80-worker factory under contract by G-III Apparel Group, which is the manufacturing partner that Ivanka Trump’s brand is licensed to. Inspectors spent two days touring the facility in October, ultimately determining that workers experienced high turnover, pay at or below China’s minimum wage, and excessive work hours. They also were not receiving legally mandated pension, medical, or housing benefits, and received only five days of paid leave per year, with some exceptions. Average urban manufacturing jobs paid workers about twice as much as the jobs in which Trump fashion has been produced.

Since accepting a position as an official advisor in her father’s administration, Ivanka Trump has made some attempts to adjust her involvement with her multimillion-dollar namesake brand to limit conflicts of interest.

Clothes from the Trump brand are primarily produced in China. G-III has been audited seven times since 2007 by the Fair Labor Association in locations across China, India, and Pakistan, and partners with brands like Calvin Klein, Donna Karan, and Karl Lagerfeld, along with Ivanka Trump. Net sales for the Ivanka Trump collection increased by $17.9 million during the year that ended Jan. 31, G-III reported, despite widely publicized boycotts. 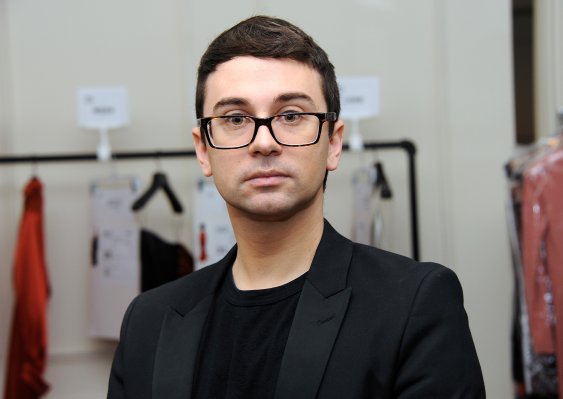 Christian Siriano on Designing in a World With Hate: 'I Dress People I Can Support.'
Next Up: Editor's Pick