Marvel Movies: What's After Guardians of the Galaxy Vol. 2

Guardians of the Galaxy introduced audiences to a new crew of intergalactic heroes and a surly supervillain named Thanos. The sequel, out May 5, expands the Guardians family and prepares them for an ever bigger battle to come.

The future of the Guardians gang has already been laid out by Marvel Studios: They will join up with the Avengers in the mega-movie Avengers: Infinity War next year to fight Thanos for the fate of the galaxy. Later on, the crew will return in a third Guardians movie to complete the trilogy that director James Gunn says he set out to make.

Here’s everything you need to know about the future of Star Lord, Gamora, Rocket, Drax and Groot and how they’ll meet up with the rest of the characters in the Marvel Universe.

Will there be another Guardians of the Galaxy movie?

Yes. Though Marvel has not yet announced a date for the film, Guardians of the Galaxy Vol. 3 is expected to premiere sometime after 2019.

Director James Gunn has said Guardians 3 will be his last Guardians film and has teased that it will wrap up the story he began telling in the first film. “We’re going to come to an epic conclusion of who the Guardians are and why they were brought together, and I can’t wait to tell that story to the people,” he told Variety.

That doesn’t mean that we’ll never see Star Lord and the rest of the gang onscreen again after the trilogy ends: Another director may take over for Gunn. Alternatively, another crew of characters (and actors) could take over the Guardians mantle after the third film for a whole new series. Two of the post-credit scenes after Guardians 2 hinted that a few new characters, including ones named Adam and Stakar, might show up in future films.

What’s next for Marvel?

While you’ll have to wait at least two more years for another Guardians installment, Marvel is premiering plenty of other films over the next few years.

Next up is the third reboot of the Spider-Man franchise, but this time Sony (who owns the rights to the character) has teamed up with Marvel Studios and promised not to give audiences yet another origin story (i.e. you won’t have to watch Uncle Ben die again). The team-up with Marvel Studios means the film will include other Marvel characters, including Robert Downey Jr. as Iron Man continuing to mentor to Tom Holland’s Spidey as he did in last year’s Captain America: Civil War. Director Jon Watts has compared his Spider-Man reboot to a mashup of a John Hughes movie and a superhero film.

In a tonal pivot for the franchise, Thor: Ragnarok looks less like a faux-Shakespeare saga and more like Guardians of the Galaxy. In a trailer chock-full of jokes, a goth-looking Cate Blanchett plays the goddess of death Hela who banishes Thor from his home of Asgaard. Thor is captured and forced to fight in gladiatorial battles where he encounters his old buddy the Hulk. The latter half of the film turns into a buddy movie as the two embark on a trip back to Asgard to fight Hela.

After making his onscreen debut in Captain America: Civil War, Black Panther finally is getting his own film. The film, directed by Creed’s Ryan Coogler, will focus on Black Panther’s homeland of Wakanda. Star Chadwick Boseman (T’Challa, a.k.a. Black Panther) will be joined by Michael B. Jordan (villain Erik Killmonger), Lupita Nyong’o (Nakia) and Forest Whitaker (Zuri).

MORE Why Black Panther’s Debut in Captain America: Civil War Is So Important

The next Avengers movie will bring together characters from all the Marvel Studios films, including uniting the Avengers with the Guardians of the Galaxy in a fight to save the universe. The Russo brothers, who directed Captain America: Civil War, will helm the movie.

In Infinity War, Thanos (the big purple guy played by Josh Brolin in the first Guardians of the Galaxy) will try to collect all six Infinity Stones, the powerful orbs that everyone’s been fighting over in movies like The Avengers and Doctor Strange. Together, the gems fill the Infinity Gauntlet, a glove that gives Thanos immense, destructive power.

For those keeping count at home, five of the Infinity Stones have shown up in the Marvel movies so far: The Tesseract (Captain America, The Avengers), Aether (Thor: The Dark World), Orb (Guardians of the Galaxy), the stone in Vision’s head (Captain America: Civil War) and the Eye of Agamotto (Doctor Strange).

Paul Rudd will return as the shrinking hero, and Evangeline Lilly will finally get to suit up as the Wasp in this sequel to Ant-Man. (It’s the first Marvel superhero movie with a female character’s name in the title. That only took a decade.)

Oscar-winning actress Brie Larson will play Carol Danvers, a.k.a. Captain Marvel, the first female superhero to get her own Marvel Studios film. Carol Danvers is a fighter pilot with the ability to fly and shoot beams out of her hands. In the comic books, she has teamed up with both the Avengers and the Guardians to save the world. Larson is set to premiere the character in Infinity War and continue her story in this spinoff.

MORE Why Brie Larson Will Make the Perfect Captain Marvel

Wait, the Guardians and the Avengers and new characters are all in Infinity War?

Yes. It’s going to be like Captain America: Civil War on Super-Soldier Serum. If you’re curious how the Russo brothers are going to stuff dialogue for two dozen different superheroes (all with their own movies) into a film, you’re not alone. Originally, Marvel announced that Infinity War would actually be two movies, Infinity War, Part I and Part II, released over the course of two years. They’ve since rolled that announcement back, which means Infinity War that all those banter-filled scenes between odd pairs like Rocket Raccoon and Black Widow or Doctor Strange and Ant-Man may be all too brief. 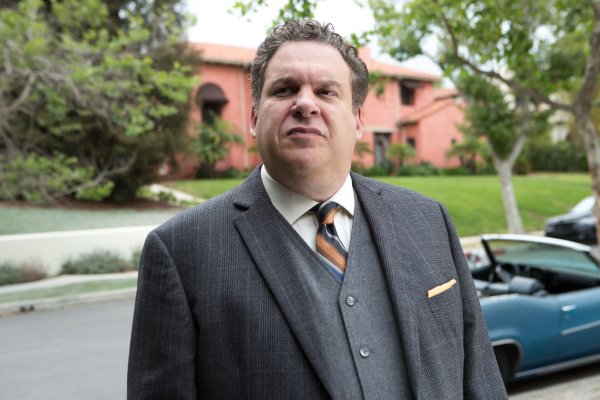