Robert H. Alexander, Jr., center, a member of the Oklahoma Death Penalty Review Commission, speaks during a news conference in Oklahoma City, Tuesday, April 25, 2017. The commission released a report that says the state should extend its moratorium on capital punishment. At left is Andy Lester and at right is former Oklahoma Gov. Brad Henry. (AP Photo/Sue Ogrocki)
Sue Ogrocki—AP
By Lisa Marie Segarra

The Oklahoma Death Penalty Review Commission announced Tuesday that it is recommending the state extend its moratorium on the death penalty.

“Due to the volume and seriousness of the flaws in Oklahoma’s capital punishment system, Commission members recommend that the moratorium on executions be extended until significant reforms are accomplished,” the panel’s report said. The commission also said that the decision to recommend a moratorium extension was unanimous.

The report described the year-long investigation as “disturbing,” and that members were led to question whether capital punishments can be imposed while ensuring that “no innocent person is put to death.”

The report came as Arkansas executed two men just hours apart from the other.

While the commission’s findings focus on wrongful death, it also mentions cases of botched executions, including that of Clayton Lockett in 2014. That case led to the first moratorium of Oklahoma’s death penalty, which lasted eight months. That same year, an Arizona inmate gasped and struggled for breath for at least an hour during another execution.

The Oklahoma Death Penalty Review Commission addressed the fact that constituents in the state have voted in favor of capital punishment. However, the panel said, “the burden of wrongful convictions alone requires the systemic corrections recommended in this report.” 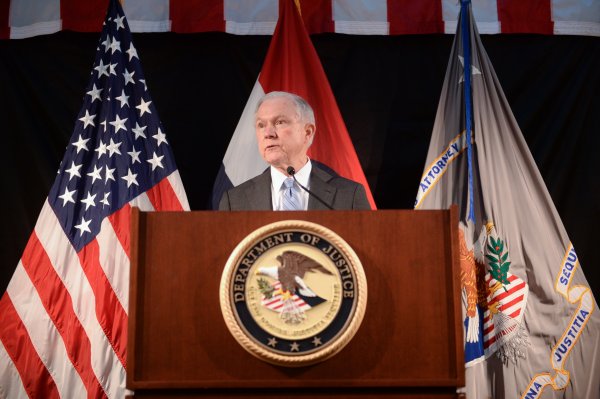 Cities Move Ahead With Police Reforms Despite Sessions Memo
Next Up: Editor's Pick