U.S. President Donald Trump signs a financial services Executive Order during a ceremony in the US Treasury Department building on April 21, 2017 in Washington, DC.
Pool / Getty Images
By Lily Rothman

In an effort to show President Trump has had a successful first 100 days, the White House issued a press release Tuesday which incorrectly stated that he had signed more executive orders so far than Franklin Roosevelt.

“In office, President Trump has accomplished more in his first 100 days than any other President since Franklin Roosevelt,” the statement declared, highlighting the 30 Executive Orders he will have signed by his 100th day and noting that was more than FDR, who it claimed only signed nine during the same period of time.

The error was particularly meaningful because Roosevelt originated the entire concept of the “first 100 days” that the White House is responding to.

While the White House did not respond to a request for comment on how the number in the press release was reached, one plausible reason for the error was suggested on Twitter by historian Peter A. Shulman: nine is, in fact, the number listed in that period on the American Presidency Project archive of Executive Orders — but the American Presidency Project, an invaluable resource for anyone interested in presidential history, does not claim to list every Executive Order that FDR signed.

In fact, as the Project’s creators Gerhard Peters and John T. Woolley explain on the site, their counts are only complete starting in 1945. (Woolley tells TIME that, while the idea of being relied upon by the White House is “wonderful,” it’s “bad for both of us” if the reason for the error is that the explanatory note was skipped.)

Plus, though Executive Orders were numbered starting in 1907 and retroactively for a few decades before that, a good system of recording those numbers as the orders were being signed didn’t even really begin until 1936. That’s why some of the numbering on Roosevelt’s orders repeats itself, as some orders were only recorded and counted after the fact.

As a result, it is not possible to count Executive Orders by merely looking at the first and last number used in any given time. Nor is it possible to look up published versions of the orders, as even that 1936 act allowed that some orders had “no general applicability” and didn’t have to be published in the Federal Register at all.

Even so, the numbering of those nine orders shows that the first one on the list is Executive Order 6073 of March 10, 1933, and the last one listed during that period is Executive Order 6145 of May 25, 1933. If you add in the orders that fell in the first days of FDR’s presidency or in late May and early June, plus the ones that received duplicate numbers, it turns out that Roosevelt was signing Executive Orders at an average clip of one per day during that time.

Counting them is thus a more laborious process than might be expected. If you want to get the right number for a presidency prior to modern record-keeping, the way to do so is carefully.

By Woolley and Peters’ count, Roosevelt remains by far the most Executive Order-signing President in American history, or at least modern American history since such counting began. Throughout his record-length presidency, he signed an average of 307 such orders a year, far more than runner-up Herbert Hoover’s 242.

As Kenneth R. Mayer, a professor of political science at the University of Wisconsin-Madison and author of With the Stroke of a Pen: Executive Orders and Presidential Power, told TIME earlier in Trump’s term, there was a reason why Roosevelt signed so many orders. It’s also why many of them seem so boring, and why a very high number of them doesn’t necessarily reflect more significant presidential action: “In the 1930s and ’40s, Roosevelt had to use an executive order every time he wanted to exempt someone from mandatory retirement,” he explained.

As of now, if he keeps up his pace, Trump is on track to issue 96 Executive Orders per year. 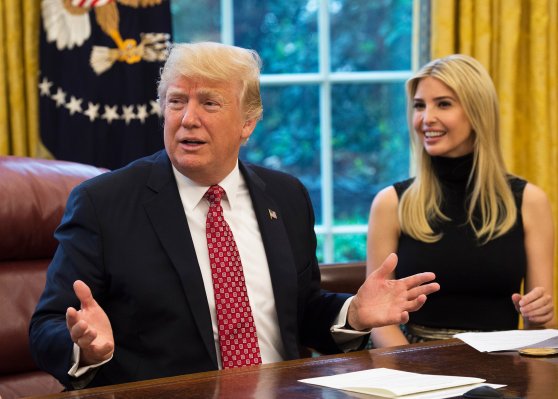 See How Much Lower President Trump's Approval Rating Is Than His Predecessors
Next Up: Editor's Pick