“As a former military officer, you simply cannot take money from Russia, Turkey or anybody else,” said Chaffetz, a Utah Republican and chairman of the House oversight committee. “And it appears as if he did take that money. It was inappropriate, and there are repercussions for the violation of law.”

Chaffetz spoke Tuesday after a meeting in which the committee reviewed classified documents related to the investigation, CNN reports. “I see no data to support the notion that Gen. Flynn complied with the law,” Chaffetz said of whether Flynn disclosed the money he was paid for a speech he gave to Russian television network RT.

Chaffetz and his Democratic counterpart Rep. Elijah Cummings also said in a joint statement that Flynn did not seek or receive the necessary permission from the military for his foreign business entanglements.

“Gen. Flynn had a duty and an obligation to seek and obtain permission to receive money from foreign governments prior to any engagement with them,” Chaffetz said, the Wall Street Journal reports. “It does not appear to us that that was ever sought, nor did he ever get that permission,” Mr. Chaffetz said.

Chaffetz announced last week that he will not seek reelection to Congress in 2018. Flynn was forced to step down as national security advisor in February after revelations that he had misled Vice President Mike Pence about whether he had discussed Russian sanctions with the Russian Ambassador to the U.S. 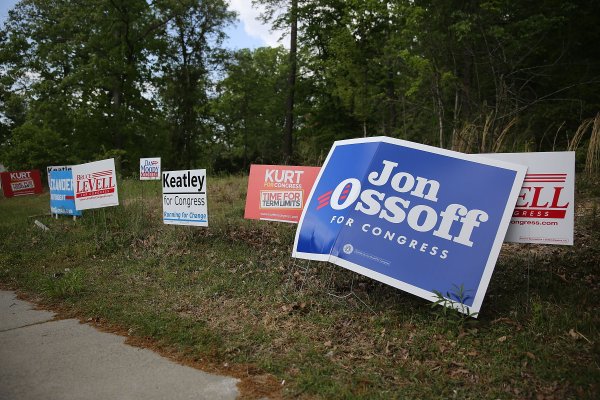 Poll: 47% of Voters Want Congress to Be Controlled by Democrats
Next Up: Editor's Pick