Why the Fish You Order Isn't Always What You Get

Seafood fraud, where cheaper species are labeled as more expensive ones, is common practice. A report last year found that one fifth of seafood sold is mislabeled.

Now, a small experiment out of George Washington University, just published in PeerJ, shows that the deception is still going on in some restaurants.

Keith Crandall, from the school’s Milken Institute of Public Health, sent a graduate student and his wife to six popular restaurants in Washington DC, where they discreetly cut off a sample of the seafood they ordered and brought it back to the lab for DNA species analysis.

A third of the tested seafood wasn’t what it claimed to be. Of the 12 samples they brought back, four had been mislabeled: a Chilean sea bass, a rock shrimp and two tuna dishes. One of the tuna samples was from a species considered vulnerable and therefore likely to become endangered because of threats to its environment. The rock shrimp was swapped for whiteleg shrimp, which is a farm-raised shrimp.

Crandall says the substitutions he found were legal, but they shortchanged consumers. The species listed on the menus are often premium varieties for which restaurants charge more. Swaps can occur anywhere from the fisherman to the restaurant, and it is not clear from this study whether the restaurants were aware of the mislabeling or not.

Without genetic testing, it’s tough for people to tell if they’re getting what they paid for, says Crandall. But sticking with reputable establishments that stand by their ingredients, and are more transparent about their sourcing, could help protect buyers. 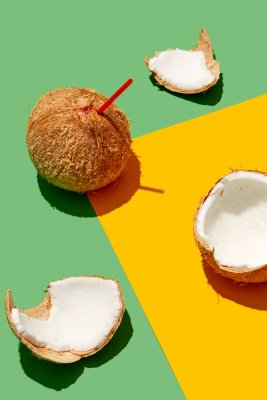 You Asked: Is Coconut Oil Healthy?
Next Up: Editor's Pick