9 Revelations From Caitlyn Jenner's Memoir 'The Secrets of My Life'

Caitlyn Jenner has told parts of her story in several places — two high-profile 20/20 specials, rare magazine interviews and multiple seasons of her reality TV show — but the tale of the world’s “greatest athlete” and most famous transgender woman is laid out from head to toe in her new memoir.

Out April 25, The Secrets of My Life is full of memories, but it is just as full of rebuttals, justifications and revelations. Here are some of the highlights.

Jenner struggled with identity from an early age and is still struggling with labels. The book details how Jenner came to terms with identifying as a woman over the course of decades, through bouts of confusion, depression and fear. And she uses the memoir to grapple with the questions of what it means to be a woman, for her now, as well as where transgender women stand.

In one passage, Jenner makes a distinction between herself and cisgender women, those assigned female at birth, one that is often controversial. “I am not a woman. Nor will I ever be,” she writes, emphasizing that she cannot bear children and has experienced the privilege of being a white man much of her life. “I am a trans woman. There is a difference.” Yet at several other points in the book she writes “I am a woman” without qualification, saying that “gender is embedded within you from birth” and hoping that one day the words man and woman will not need to be qualified by the word trans.

Jenner has no regrets about leaving that life behind. Saying at the outset that she will defy “transgender guidelines” that suggest a person’s former name should never be used, Jenner refers to “Bruce” throughout the book. Though she describes Bruce as a person she mourned the loss of, someone left behind at moments like getting her new birth certificate, she writes that “You can’t simply blot out your past.”

Jenner has had lots of doubts: about whether she could transition in earlier decades, how family would react when she did decide to do it, whether people are truly accepting now or just being nice to her face. But she also dismisses rumors that she has regrets about transitioning today, which she has heard parents use to try to talk teenagers out of their own feelings about gender identity: “I have never been happier. Transitioning back? It’s the opposite.”

None of this is about sex. Jenner explains early on that she has only ever had sex with five women, three of whom she was married to, and that she’s not interested in talking about having sex with anyone else. She emphasizes time and again that gender and sexuality are distinct, though there is a misperception that people transition for sexual reasons. And she says that the public’s “obsession over my sex life, whether I will or won’t, is annoying” to her. “If a man becomes a woman and still enjoys sex with women, what does that make her? Who the hell cares?” she writes.

She’s done talking about surgery. Jenner confirms in the book that she has had gender reassignment surgery, as well as many other medical treatments. But she emphasizes that while it was important for her, that’s not the case for all transgender people. And she explains that she is sharing those details so that she does not have to again. “All of you can stop staring. You want to know, so now you know,” she writes. “Which is why this is the first time, and the last time, I will ever speak of it.”

While Jenner goes into detail about how she dressed as a woman in private before coming out, as well as her first stint on hormones, many of her transition stories are about how hard it was to maintain a private life while being hounded by paparazzi and a gawking public who treats the process as “ghoulishly funny.”

There’s also something for Kardashian fans. Addiction to double-edged celebrity is a recurring theme throughout the memoir, from Jenner’s feats winning gold at the 1976 Olympics to a sputtering attempt to have a film career after that. And several chapters dish on the most famous era, after Jenner’s foray into reality TV with the Kardashian family.

There are countless tidbits (including material about O.J. Simpson) for pop culture fans. Jenner says that dating Kris Kardashian was part of finding “cover” from rumors about dressing in women’s clothes; that the depiction of Jenner as a steamrolled dad in Keeping Up With the Kardashians is about right; that “Kris says” the show was her idea; that the couple had an agreement that Jenner would only indulge desires to dress like a woman when on the road; that Jenner purposefully excluded the Kardashians from her coming-out special on 20/20 to avoid the appearance of it being a “publicity stunt.” And there is a reason Caitlyn is spelled with a “C.” Using a “K” like everyone else in the Kardashian clan would have been “beyond creepy,” she writes.

Jenner repeatedly acknowledges privilege in the book but is also clearly tired of doing so. “I am a clueless rich white woman,” she writes. “I don’t know what to do but say it again. And again.” While she emphasizes the hardships many transgender people face, from violence to poverty to family rejection, she also takes on those who criticize her for not doing or saying the “right” thing sometimes. “For a community pushing for acceptance, we can sadly be brutally judgmental of each other,” she writes. “We want inclusion, but aren’t as inclusive at times … I did not transition to become a liberal Democrat.”

And she takes on religious critics. She also has some choice words for people who say that being transgender is wrong, citing religious reasons. “Those who condemn transgender men and women use religion as a cudgel, a saw and machete,” Jenner writes. “The God they see is not benevolent but cruel and vindictive and relentlessly judgmental.” Along with other transgender women of faith, Jenner talks about how she had to work through the fear that she is an “abomination,” eventually finding purpose in her struggle with gender: “God does love me. I have not committed a sin. Maybe this is the reason God put me on this earth, to live an authentic life and bring the issue of gender forward.”

Jenner doesn’t miss sports. Jenner’s story is a sports story, about a kid who grew up aimless until finding a purpose in competitive sports and becoming an American sensation. But throughout the memoir, the decathlete describes sports more as a “diversion” than an end in itself. She ponders whether she felt she had more to prove in the sports arena, and more focus, because she “had more to hide.”

Stifling feelings about being a woman may have helped lead to greatness, she suggests, while also delaying her coming out when life as a public figure followed. She describes looking in the mirror, naked, the day after the Olympics and experiencing the feeling that she had “overcome nothing.” But she also acknowledges that no one would be reading this book without the life that sports gave her.

The biggest regrets Jenner has are about family. The book goes back to the days when Jenner was a child and is dedicated to her father, a World War II veteran who died before she came out. It is also dedicated her younger brother, who died at age 18 in a car accident: he was driving a Porsche that a dealer had dropped off at the family home, on loan, for the Olympic star in the family.

Many of Jenner’s reflections are about three marriages that ended in divorce and the ten children that Jenner has played parent to — while often caught up in “gender confusion” that contributed to absences as a father, as well as “unconscionable” secrets being kept from spouses. Though she says its tempting to blame fame and her personal issues, Jenner takes responsibility for “abandon[ing]” her children from the first two marriages once the Kardashian world became subsuming. “If God refuses to make peace with me,” she writes. “This will be the primary reason.” 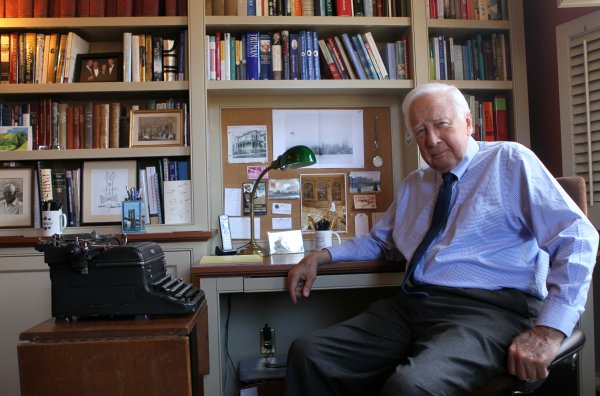