See the Biggest Moments From the TIME 100 Gala

You couldn’t take a step at the 2017 TIME 100 Gala without rubbing shoulders with a major player.

Leslie Jones, Margot Robbie, and Riz Ahmed were just three of the attendees at the 2017 TIME 100 Gala on Tuesday. Between performances from John Legend and Demi Lovato to toasts from Syrian Defense leader Raed Saleh and Viola Davis, it was a night for the books.

Here are five of the most unforgettable moments from the event.

“Everybody in this room, I’m sure at some point, has gone through something in their lives, and you survived it,” Davis said. “But not only did you survive it, you took that trauma, and that hurt, that revelation, or whatever it was, and you used it to connect, to give, to influence, to help, and that is the beauty and the purpose of what we are here on this Earth to do.”

He even worked in a “love you Ava,” shout out to TIME 100 Ava DuVernay member, who also raised a glass to everyone’s inspirational figures.

Trevor Noah and Riz Ahmed hit it off 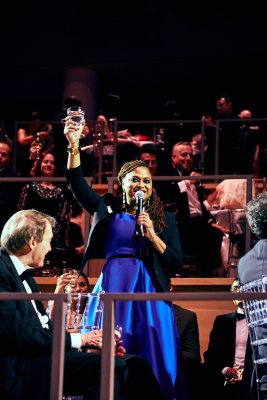 Ava DuVernay Discusses the Viral Lupita Nyong'o-Rihanna Movie Idea: 'Anything Is Possible'
Next Up: Editor's Pick