After news broke that Steve Bannon got himself a stake in the hit show Seinfled and may even profit every time you watch a re-run of it, now the show’s funny creator, Larry David, is finally weighing in.

A new story in The New Yorker looks back at Bannon’s time before he became President Trump’s chief White House strategist and was working in Hollywood, raising money for movies and television via a private fund. One of the deals he purportedly put together earned him a small stake in Castle Rock Entertainment, a TV production company, behind several TV shows, including Seinfeld. Bannon wouldn’t comment on the story, but it may have just been a lucrative move. According to Bloomberg Businessweek he got “a stream of Seinfeld royalties.” (According to The New Yorker, Rob Reiner, who is one of the founders of Castle Rock, has said of Bannon’s profits from the show, “It makes me sick.”)

Just because you make a deal doesn’t mean the talent has any clue who you are, though. “I don’t think I ever heard of him until he surfaced with the Trump campaign,” Larry David, Seinfeld’s head writer and executive producer, told the New Yorker, adding: “I had no idea that he was profiting from the work of industrious Jews!” David wasn’t the only Seinfeld staffer to weigh in, when the news originally broke, Seinfeld star Jason Alexander tweeted about it:

David is not the only Hollywood star to have never heard of Bannon, though. “I never heard of him, prior to Trumpism,” the media mogul Barry Diller told The New Yorker. “And no one I know knew him in his so-called Hollywood period.”

For fans of Seinfeld it’s unclear whether Bannon is still earning profits from that deal. The New Yorker surmises that the deal may have been “capped and paid out” as “neither CBS nor Castle Rock nor Warner Bros. has records of payments to Bannon” in recent years. 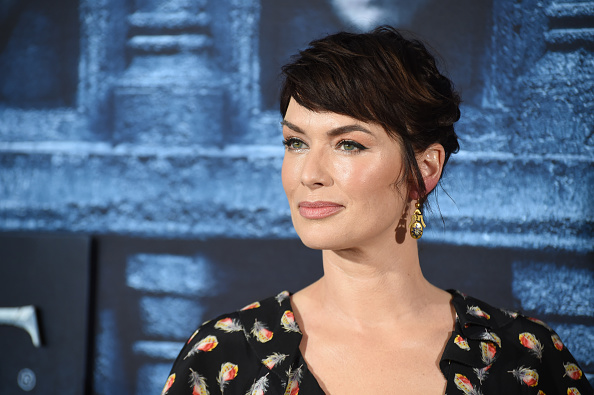 Game of Thrones Star Lena Headey Speaks Out Against Refugee Crisis: 'It’s Not a "Problem," It’s People'
Next Up: Editor's Pick