The Trump Administration asked Surgeon General Vivek Murthy to resign, calling his departure a continuation of the transition between the two presidential administrations.

Murthy was replaced by his deputy, Rear Adm. Sylvia Trent-Adams, a nurse who currently serves in an acting role. The official Twitter and Facebook accounts for the surgeon general have been changed to reflect the replacement.

Murthy was appointed by former President Barack Obama in 2014. Murthy confirmed his departure from the role in a Facebook post, in which he outlined his greatest lessons and accomplishments from his tenure and thanked his colleagues and family.

“While I had hoped to do more to help our nation tackle its biggest health challenges, I will be forever grateful for the opportunity to have served,” Murthy wrote.

Murthy was known for his strong stance on gun violence, calling it a public health threat. In fact, the National Rifle Association came out against Murthy and advised the Senate not to confirm him in 2014.

Murthy was the 19th surgeon general of the United States. A graduate from Harvard College and Yale University, Murthy co-founded Visions, an educational program for HIV/AIDS in the United States and India.

A representative from the Department of Health and Human Services has not responded to request for comment. 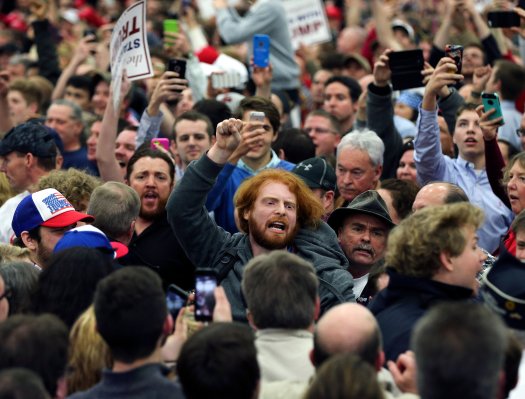 Lawyers: Protesters Had 'No Right' to Disrupt Trump Rallies
Next Up: Editor's Pick