Jimmy Kimmel Live! took a supernatural twist on Thursday night when host Jimmy Kimmel found himself conversing with a ghost to get to the bottom of a news story.

The journey into the afterlife came about as a response to a comment that President Donald Trump made during a news conference with Italian Prime Minister Paolo Gentiloni on Thursday. Speaking next to his international peer, President Trump told Gentiloni that the great Italian tenor Luciano Pavarotti was a “friend of mine, great friend of mine.”

“That’s an interesting statement to make, because Luciano Pavarotti has been dead since 2007,” Kimmel noted, “He’s been dead for 10 years, so it kind of makes you wonder about how deep their friendship is.” To determine the veracity of Trump’s statement, Kimmel went directly to the source. He called on Pavarotti from the afterlife so his ghost could attest to the breadth of his friendship with the U.S. president—in song, of course. 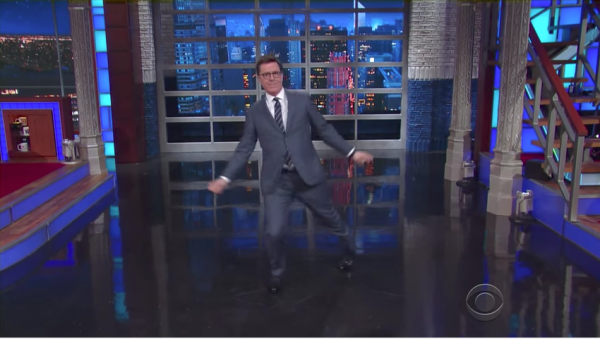 Colbert Mourns the Loss of Bill O'Reilly With a Happy Dance
Next Up: Editor's Pick