Everyone has a Donald Trump impression, but no one has the President’s number like Trump’s most dedicated satirist, Anthony Atamanuik.

So when Stephen Colbert had the comedian on Thursday’s Late Show, the host seized the opportunity to feed him phrases that “Trump will never say, but we would like to hear.”

“I was hoping you could say a few things that we would like to hear Trump to say, but he will never actually say,” Colbert said, and the game was on.

“My support of Bill O’Reilly was wrong. Insensitive and totally stupid,” Atamanuik said with the appropriate combination of gestures, adding “I would like to officially announce that I will no longer be seeking a third term.” Big applause on that one.

Atamanuik has been nailing his darkly funny Trump character that comes with the comedian’s activist bent since August 2015. 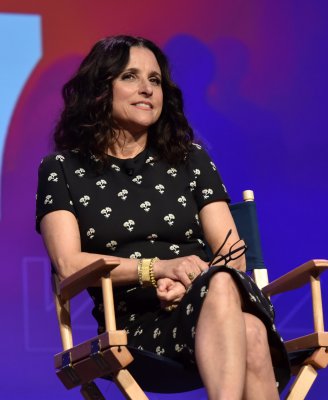 Apparently Barack Obama and Mitt Romney Are Both Veep Fanboys
Next Up: Editor's Pick