(MOSCOW) – Kremlin spokesman Dmitry Peskov on Friday declined to comment on media reports that Russia was moving military hardware and troops towards the border with North Korea, the RIA news agency quoted him as saying.

Peskov said that deployments of Russian troops inside Russia’s own borders were not a public matter.

Some media in Russia’s Ear East have cited local residents as saying they have seen military hardware being moved towards North Korea as tensions with the United States over its nuclear program escalate. 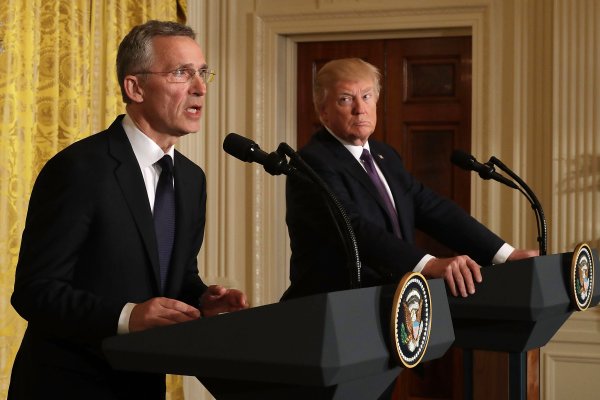 Trump: NATO No Longer Obsolete
Next Up: Editor's Pick