Colorado's Marijuana DUIs Are Down 33%

Far fewer people in Colorado are getting citations for driving under the influence of marijuana than in 2016, but officials are still worried about people driving high.

In the first quarter of 2017, the number of marijuana DUIs dropped by 33.2% from the same period last year, according to the Colorado State Patrol. From January to March of this year, 155 people received citations for marijuana-use-only impairment while driving in Colorado, the Denver Post reports, compared to 232 people in 2016.

“We’re still troubled by the fact that marijuana users are still telling us they routinely drive high,” Colorado Department of Transportation spokesman Sam Cole said Monday, according to the Post. “We’re pleased with the awareness, but we’re not so pleased with the behaviors that are actually happening.”

A survey conducted by the Colorado Department of Transportation (CDOT) found 55% of marijuana users said they believed it was safe to drive while high, Cole added. And among people who reported using marijuana in the last 30 days, half said they had driven high.

When the state first legalized recreational marijuana three years ago, CDOT launched a “Drive High, Get a DUI” initiative to raise awareness that it is illegal to drive under the influence. Since then, they have partnered with ride share companies to encourage Colorado residents to “plan a ride before you’re high” and offered discounts on 4/20.

Leading up to the unofficial pot holiday, Cole said 4/20 is an important time for these messages. He told the Post he hoped CDOT could “introduce behavior changes to marijuana users during 4/20 so they can get in the habit of planning for a safe ride home.” 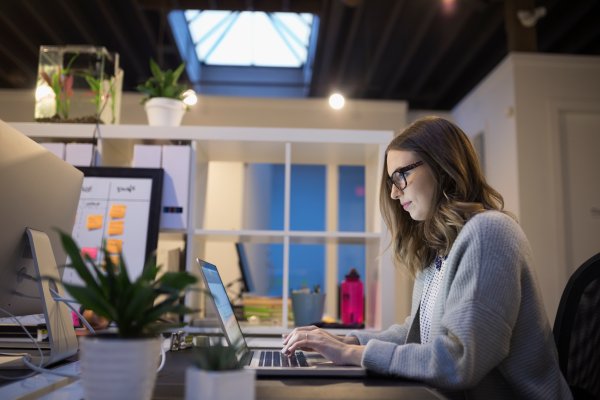 Millennials Have Different Values Than Older Americans
Next Up: Editor's Pick