It’s not every day that a world leader happens to walk into the frame of a news report about herself, but for Scottish First Minister Nicola Sturgeon, Wednesday was that day.

As BBC News reporter Nick Eardley delivered an on-the-move breakdown of the challenges Sturgeon faces in the U.K.’s upcoming 2017 general election, the First Minister sauntered up behind the unwitting journalist. She then executed an epic videobomb by throwing her arm around Eardley’s shoulder, earning a surprised, “hello,” out of him.

For his part, Eardley — who was in the midst of reporting on Scottish Conservative leader Ruth Davidson’s comment that Scotland had reached “peak Nat” after the National Party lost seats in last year’s parliament election — still managed a smile despite seeming genuinely taken aback by Sturgeon’s interruption. 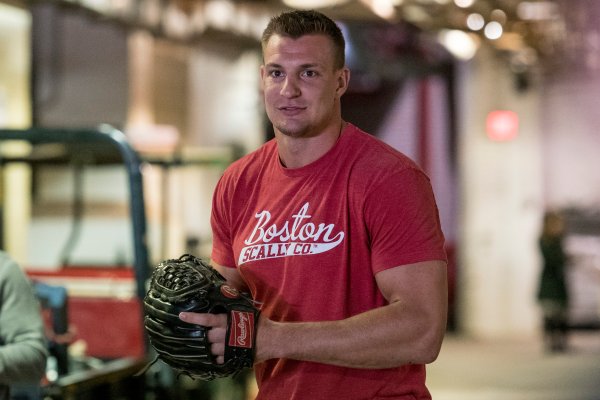 Rob Gronkowski Crashed the White House Press Briefing, and the Internet Loved It
Next Up: Editor's Pick