Pakistan’s Prime Minister Nawaz Sharif narrowly survived being disqualified from office Thursday, after the country’s top court ruled that there was insufficient evidence of corruption to eject him from his post.

Instead, the Supreme Court in the Pakistani capital Islamabad ordered a new investigation into the allegations stemming from the so-called Panama Papers—secret documents leaked from the Panama-based law firm Mossack Fonseca in 2016 that detailed the offshore financial dealings of leading political and business figures from the around the globe.

Three of the Pakistani leader’s children were named in the Panama Papers leak, sparking a national controversy over his family’s wealth and prompting calls from the opposition for his ouster. Sharif and his family have denied any wrongdoing.

The court’s ruling means that Sharif, 67, can continue in office while investigators dig deeper into the financial affairs of his family. It was a narrow reprieve, with two of five judges in the case backing the Pakistani leader’s exit. The decision by the three other judges on the bench to order a new investigation owing to what they said was insufficient evidence saved Sharif from losing his job.

Ahead of the verdict, amid speculation that the court might disqualify Sharif from the Prime Minister’s post, around 1,500 police and paramilitary personnel were deployed in Islamabad to maintain order, local media reported.

In its ruling, the Supreme Court ordered the new investigation team to report back in 60 days. 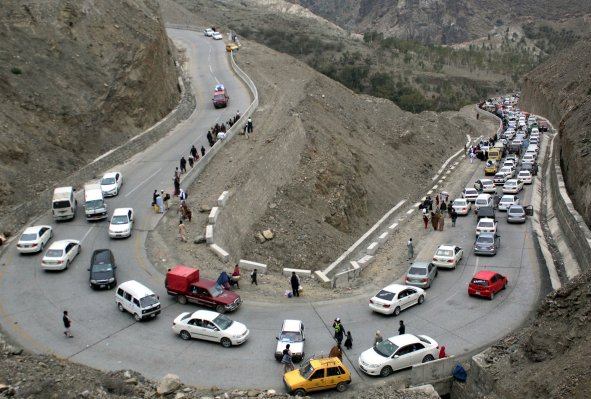 Pakistan Begins Fencing Off Its Border With Afghanistan
Next Up: Editor's Pick