When Margaret Atwood first published The Handmaid’s Tale in 1985, some readers and book critics questioned her premise: An American government that rolls back women’s rights? Women protesting in the streets? People fleeing to Canada? Impossible.

“When I first published that book, at the outset some people were saying, ‘Oh, Margaret, how could you suggest that we would ever do such a thing,” Atwood, who is a member of the 2017 TIME 100, says. “I don’t hear that so much anymore.”

Atwood challenged herself to only include events in the book that had happened “somewhere at some time” before in history. She borrowed the conservative dress meant to both repress and protect women from the Puritans, the persecution of rebellious women from the Salem Witch Trials, the restriction on abortion from Nazi Germany and the notion of “handmaids” providing children for barren mistresses from the Bible.

Handmaid’s Tale, then, is not so much a parable or a warning as a projection based on history. How can people avoid repeating humanity’s mistakes and creating our own version of her dystopian Gilead? “They might vote—just to begin with,” she says. 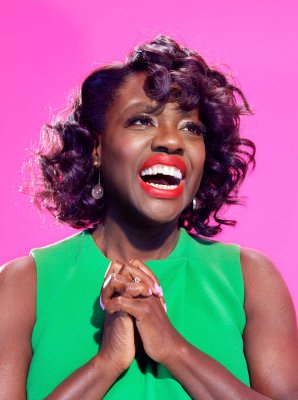 Viola Davis: 'I Feel Like I Was a Total Rebel Being an Actor'
Next Up: Editor's Pick