Stephen Colbert took the White House to task after last week’s announcement that it would not make its visitor logs public, marking a break from predecessors.

Officials told TIME that they anticipated criticism of the decision not to release the records, formally known as the Workers and Visitors Entry System, and that they got from late night television. The Late Show came across a satirical copy of “the log,” and the show’s producers felt that it was their solemn duty as upright citizens and patriots to make it public.

A few things about this log they “acquired” hint it might not exactly accurate, unless fictional characters Cthulhu (and his son-in-law Cthared) has awaken from dreaming and left the sunken city of R’lyeh to make an official state visit to the Trump White House. Other supposed visitors to the White House included “Friends and, Fox”, “Loaf, Meat”, “Scar, King of the Pride Lands,” and someone who was “definitely not the Russian ambassador.”

According to The Late Show, Vice President Mike Pence even got a special visit from Jesus himself. Watch the full video below. 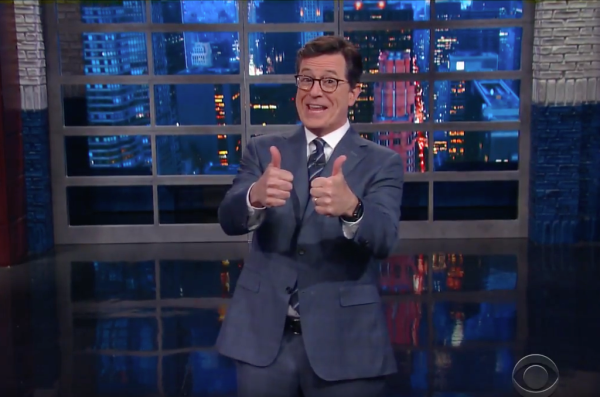 Stephen Colbert Scolds Russian Officials for Criticizing Trump: 'You Should Have Thought of That Before You Elected Him'
Next Up: Editor's Pick