Ask a given person what they know about the history of the use of African-Americans as unwilling research subjects and they are likely to mention one infamous incident: Tuskegee. “Such a failure seems almost beyond belief, or human compassion,” TIME wrote when the study made headlines in 1972, as the world learned that for four decades the U.S. Public Health Service had been conducting an experiment in which proven remedies were kept from syphilis patients in Alabama, all of whom were black men. But there’s a lot more to that history.

“Tuskegee shouldn’t be the first thing people think of,” Harriet A. Washington, the author of Medical Apartheid, tells TIME. “It’s the example that the government has admitted to and acknowledged. It’s so famous that people think it was the worst, but it was relatively mild compared to other stuff.”

With the premiere on Saturday of the HBO film The Immortal Life of Henrietta Lacks, based on Rebecca Skloot’s best-selling book of the same name, another piece of the puzzle may get a little closer to the first-to-mind fame of Tuskegee. Lacks was, as TIME explained in its initial review of Skloot’s book, a black woman treated unsuccessfully for cervical cancer in 1951, from whose tumor doctors kept a sample of tissue. Her cells provided a breakthrough would prove invaluable to medical research, but her family was kept in the dark even as they themselves became the subjects of scientific interest.

Washington, who has interviewed the Lacks family, says that one problem with the national narrative about Tuskegee is the risk that those unaware of the larger history that surrounds both that study and the story of Henrietta Lacks might think that African-Americans are “overreacting to a single study” if they express distrust of the medical establishment. Rather, as Skloot also notes in her book, distrust like that expressed by the Lacks family is related to what’s summed up by the subtitle of Washington’s book as The Dark History of Medical Experimentation on Black Americans From Colonial Times to the Present.

“We’re talking about something that began in the 17th century,” Washington says.

Though the line between therapeutic medicine and research was blurrier at the time, she says it’s clear that doctors in the colonial American context would often try out new ideas on white patients when they hoped that the experiment would help the person in question; they would use African slaves and Native Americans as subjects when the point of the research was to benefit others. Perhaps the most infamous example of antebellum medical research being performed on slaves is that of J. Marion Sims, whose innovation of a revolutionary gynecological procedure was made possible by multiple practice runs on enslaved women. Washington also found that slaves’ bodies were used for experiments after they died, despite widespread belief that maintaining the body’s integrity after death was religiously necessary.

“Historically, one of the larger connections is that, if you’re talking about the appropriation of African-American bodies when enslavement was part of the law of the land, that represented an extension of slavery into eternity,” she explains.

When it comes to the 20th century, though slavery was no longer the law, Washington says that there was a widespread belief that people who did not pay for their medical care would “owe their bodies” to the medical community in return. As a result, patients from marginalized communities, like the poor and immigrants, did not receive the same ethical consideration that others did. Though that idea would have applied to poor patients of all races, segregation at the time meant that black patients were confined in many places to “black wards,” and they were disproportionately affected.

Washington says that one big misconception she often hears is that in 1951, when Lacks was treated, what happened to Lacks would have been just the common practice at the time. In reality, she has found that — while it is true that the laws and regulations that govern such experimentation have changed between then and now — basic ethical concepts such as informed consent were already very much in play. In fact, she says, especially in the wake of the world learning of Nazi medical experimentation, some organizations kept consent rules that were even more stringent than those in play today. “These conventions tended to be rigorously adhered to when it came to white people,” Washington notes.

And, though medical research can be complicated, she believes the basic idea — then and now — is simple: “Subjects who have normal adult intelligence are capable of understanding whether their permission has been asked.”

But, if those ethical standards have generally endured, other things have changed. Washington points to 1980 as a turning point, thanks to changes like the law that changed the medical-research economy and a Supreme Court decision that has been interpreted to mean that living things are subject to patents. The need for tissue on which to experiment continues, but now it can be a lot more financially valuable if things work out. Washington believes that economic pressures have led to an erosion in the application of informed consent in the years since.

That’s part of the reason why Washington is glad that Henrietta Lacks’ name is becoming more famous.

“People tend to underestimate the extent and breadth of this,” Washington says. “There’s no sphere of American medicine that was not touched by the use in research of African-Americans.” 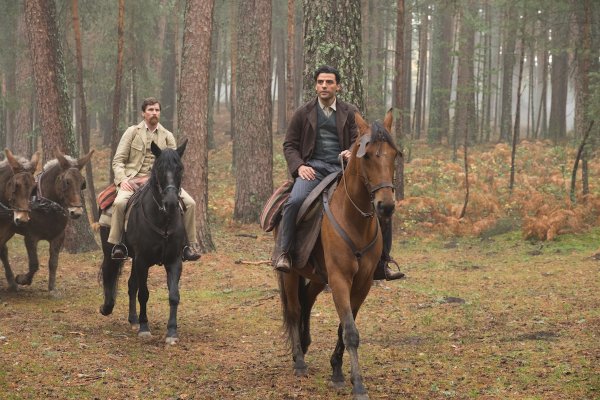 The Real History to Know Before You See 'The Promise'
Next Up: Editor's Pick