The suspect in a Fresno shooting told police that he hates white people and shouted “God is great” in Arabic before killing three people, authorities said.

All three of 39-year-old Kori Ali Muhammad’s victims were white and were shot minutes apart near a Catholic Charities building Tuesday morning, according to the Associated Press.

Muhammad was arrested not long after and is also suspected of fatally shooting a Motel 6 security guard in Fresno last week.

Muhammad also expressed a dislike for white people and the government on Facebook, Fresno Police Chief Jerry Dyer said, according to the Fresno Bee.

Dyer said Muhammad made additional comments to authorities, but did not elaborate.

He is not believed to be connected to Catholic Charities or the Motel 6.

“This was a random act of violence,” Dyer said. 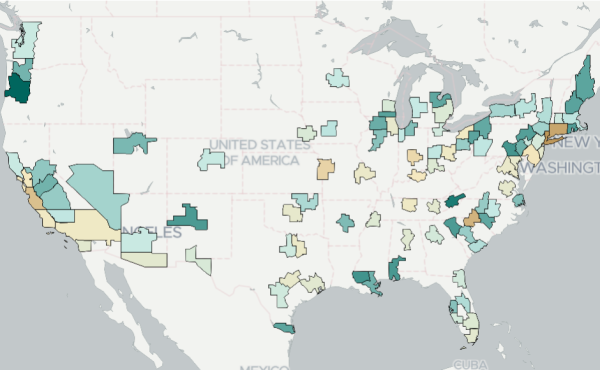 These Are the Most Economically Segregated Cities in America
Next Up: Editor's Pick