Facebook Murder Victim’s Family Upset About Suicide: ‘We Wish He Would Have Served the Time'

A daughter of the man who was shot to death in a video posted to Facebook said she and her family are “not happy” after learning the suspect killed himself Tuesday afternoon.

Godwin said the rest of the family felt the same way about the news. “That was the easy way out,” Godwin said.

Robert Godwin was killed on Easter Sunday when suspect Steve Stephens shot him in a video that was later uploaded to Facebook. Stephens said in the video that his former girlfriend Joy Lane was the reason he shot Godwin.

The family said earlier that, while they forgive him because “it’s what daddy taught us,” they wanted the suspect Steve Stephens to turn himself in. 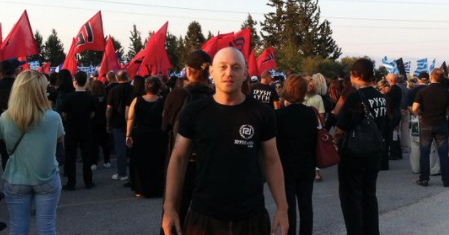 A Jewish Online Harassment Victim Sued a White Nationalist Publisher for Trolling Her
Next Up: Editor's Pick