Despite the fact that the indisputably best Adam Sandler movies — Billy Madison and Happy Gilmore — aren’t currently on Netflix, viewers have recently spent more than 500 million hours watching the streaming service’s collection of his work.

In its Q1 earnings report released Tuesday, Netflix revealed that since the launch of the widely mocked Ridiculous 6 in December 2015, members have enjoyed the comedian’s films for more than half a billion hours.

Of course, that explains why the company recently agreed to extend its relationship with Sandler for another four potentially painfully disappointing movies.

“Just ahead of the release of our third film from Adam Sandler, Sandy Wexler, we announced the renewal of our deal with Sandler to premiere an additional four films exclusively on Netflix around the world,” Netflix wrote. “We continue to be excited by our Sandler relationship and our members continue to be thrilled with his films.”

To each their own, we guess. 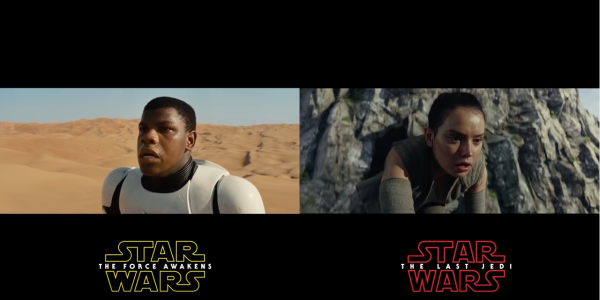 The New Star Wars: The Last Jedi Trailer Is Eerily Similar to This Force Awakens Teaser
Next Up: Editor's Pick