This Clueless Jeopardy Contestant Has the Most Hilariously Wrong Answer

The best Jeopardy contestants are the ones who don’t go down without a fight.

Take for instance Kevin, a contestant who heard Alex Trebek read the answer, buzzed in, and then clearly had a complete brain freeze the second Trebek asked him to supply the question. Did Kevin stand there blankly, hoping that Trebek might accidentally give him a clue, while waiting for the buzzer to end his misery? No, he just blurted out the only thing that was in his head at the time. Well done, Kevin. If you can’t get the answer right, you may as well get it very, very wrong.

Kevin will now join the ranks of the internet’s favorite Jeopardy contestants like the controversial Buzzy Cohen, the contestant who mixed up Iggy Azalea and Azealia Banks, and the contestant who thought Kinky Boots was the correct response to the question: “A Christian hymn; a Jewish holiday hymn are both titled this, also the name of a 2009 Tony-nominated musical.” 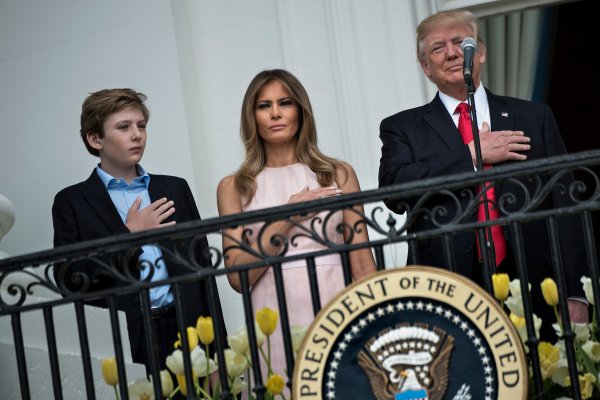 The Internet Can't Get Over Melania Nudging Donald Trump
Next Up: Editor's Pick