Life is hard, but I don’t need to tell you that. You’ve probably already walked a mile-and-a-half in heels, lugged a bunch of packages to the post office, manned a grill during the lunch shift, or performed any number of other strenuous, everyday activities otherwise known as “work.” Me? I made breakfast, got the wife and kids off to their weekday destinations, walked the dog, and spun around this desk chair twenty-something times thinking about how to write this opener. It’s a good life — I’ll admit that much — but by the end of the day, I’m still exhausted. And now I have proof.

A few weeks ago, I started wearing the WHOOP Strap 2.0 fitness band, a high-powered but low-profile wearable that professional baseball, ever the numbers game, recently approved for in-game use. And over in the NBA, where WHOOP is still illegal, players like the Clippers’ DeAndre Jordan are stuffing the sensor under their wristbands to get an edge. These professional athletes are strapping the WHOOP (rather than a Fitbit or Apple Watch) to their bodies because it provides an enormous amount of data on their performance day and night, in pre-game warmups and during post-game recovery. And if it’s good enough for the pros, it’s definitely fair play for this minor league father of two.

WHOOP’s key advantage over other fitness bands is the amount of data this it collects and pushes into the cloud for processing. With five sensors that collect data 100 times per second, the wearable sucks up 100 megabytes of data per user, per day. By comparison, the Apple Watch’s sensors generally turn on just once per minute. But even with all that information, WHOOP’s strength is in its simplicity. After crunching all the numbers (including next-level stats like heart rate variability and sleep latency), the system gives users three metrics to judge themselves against: strain, recovery, and sleep.

The idea is, whether you’re a shortstop or a short-order cook, users wake up in the morning with a recovery score based on the previous night’s sleep that describes how prepared their body is for strain. Then, over the course of the day, their body accumulates more strain in the form of exercise, stress, and just plain old living. Like every fitness monitoring solution, WHOOP can track activities like running or biking, but even mundane tasks like mowing the lawn get sucked into the system, since you’re always wearing the band, and it’s always on. Then, at the end of the day, the system looks at all the strain the body has accumulated (as well as whether or not the user has rested) and it calculates how much sleep you’ll need in order to perform at your peak tomorrow.

The band itself is surprisingly simple. With a sensor that’s designed to sit on the skin, WHOOP is mostly a fabric band with a buckle designed to hold the wearable tight against the arm. WHOOP’s charger is a clever slip-on battery that lets you top-up the wearable on the go. And its straps come in an array of colors and styles that would barely raise an eyebrow in a boardroom, and only cost $15 — a refreshing price, considering the device itself sells for $500. But when you consider that WHOOP is a sleep tracker, a fitness monitor, and a cloud-based coaching platform, Ahmed argues that price is a good deal.

But it’s not necessarily the hardware (or the professional athletes who are using it) that’s driving WHOOP’s price. The reality for products like WHOOP is that while the cloud might not be visible to consumers, companies that work within it have very real costs. For instance, WHOOP has to collect data for days to establish a baseline of your body’s unique metrics. So before WHOOP even begins to offer actionable insight to its users, it has to collect around a gigabyte of usage data. When it comes to digital services like downloading movies or uploading photos, most consumers think the Netflixes of the world eat those costs, but they’re at least in part covered by your monthly subscription fee. WHOOP doesn’t charge a monthly fee, instead building all its cloud-related costs into the band’s purchase price.

Instead of using WHOOP to work out — which I imagine it’s great for — I wore it while battling a cold. After being sidelined for a couple of years with injuries, I had hoped to use WHOOP’s sensors to quickly get me back into peak running form. But with two kids in daycare, cold and flu season hit me pretty hard, and I was barely able to survive the work day, let alone lace up my running sneakers.

So, I worked with WHOOP. I slept with WHOOP. I walked the dog with WHOOP, all the while dragging myself like a zombie through my days. The longer the cold dragged on, WHOOP’s app told me that I was getting nowhere near the eight, nine, and sometimes 10 hours of sleep my body needed to recover. I was incredulous that I needed as much sleep as WHOOP’s app recommended, but I couldn’t deny that I was getting worse, not better. Coughing fits, a baby with bronchitis, a potty-training toddler — you name it, they were keeping me up at night and dragging me down in the daytime. At rock bottom, I got four-and-a-half hours of sleep, when WHOOP told me that I needed ten-and-a-half. I had no choice but to follow the band’s recommendations, and rest my aching, sick body.

Eventually, I was able to clear my sleep deficit and recover, just as WHOOP said I would, and it became clear to me that it doesn’t take a pro athlete to benefit from this band. In fact, Ahmed describes users who are doing more interesting things with their WHOOP data than merely surviving. For instance, one high-powered executive used WHOOP to figure out how to hack his body to combat jetlag.

“He does a 15-minute cycling workout within a few hours of getting on a plane if he is traveling over two time zones,” says Ahmed. “He discovered if he did a really short workout before a flight that involves jetlag, he would have a better recovery the next day.”

Eventually I did rebound from my cold, with WHOOP’s nightly reminder of how much rest I truly needed leading the way. Sure, so I wasn’t using it to stay lively during a 13-game road trip, but those aren’t my problems — and they aren’t most people’s problems, either. After all, life is hard enough without having to bounce back from a day/night double-header — but I don’t need to tell you that. 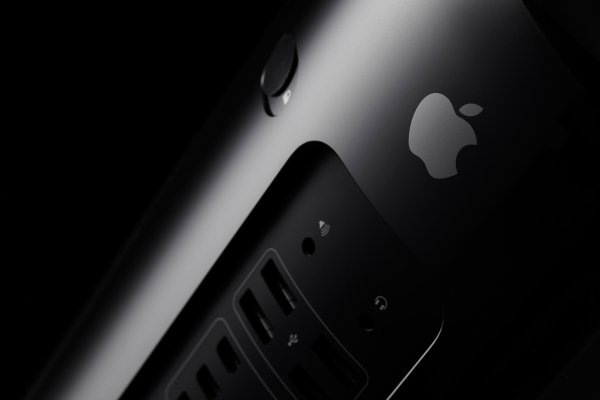 Apple Is 'Completely Rethinking' This Product
Next Up: Editor's Pick