Whether it was making her way through hosting duties during the 2011 Academy Awards or nabbing an Oscar for her turn as Fantine in Les Mis, Anne Hathaway’s singing skills are well-documented.

However, the Colossal star took her vocal chops to the next level during an appearance on The Tonight Show Starring Jimmy Fallon, where she admirably performed an awkwardly Google translated version of the Weeknd’s “I Can’t Feel My Face When I’m With You,” where the chorus was replaced by the stiff translation “in your presence, my front is not felt/hey, it is good, hey, it is good.”

Fallon, for his part, had his own share of tricky translations, taking on “I Will Survive,” which translated to “I will be punctual.”

Fallon and Hathaway then teamed up for the final song, with a hilarious but unrecognizable take on Pink and Nate Ruess’ “Just Give Me a Reason.” 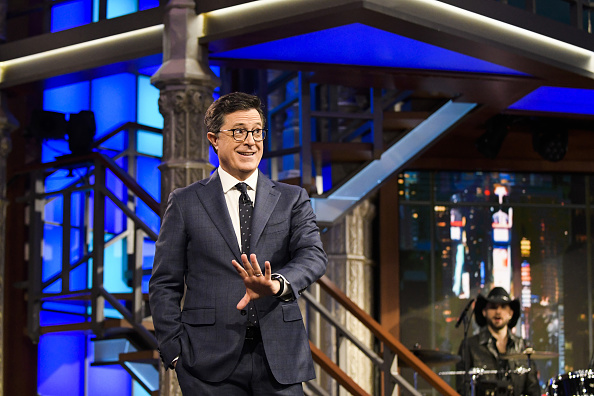 Stephen Colbert Slams President Trump for Getting 'His Wars Mixed Up'
Next Up: Editor's Pick