Authorities have received hundreds of tips from people across the country as their national manhunt for the “extremely wanted” Cleveland murder suspect Steve Stephens entered its third day.

More than 400 reported sightings or tips have poured in since Sunday, when Stephens allegedly shot and killed a 74-year-old man at random and posted footage of the gruesome murder on Facebook before fleeing, Cleveland Police Chief Calvin Williams said at a news conference Tuesday morning.

Williams asked the public for help locating Stephens — whom authorities called an “extremely wanted fugitive by the FBI” — while also urging for patience.

Williams and U.S. Marshal for the Northern District of Ohio Peter Elliott speculated that Stephens is either dead or being hidden by someone.

Authorities urged friends and family members to turn Stephens in or convince him to come forward.

Stephens is wanted on an aggravated murder charge. A $50,000 reward is being offered for information leading to his arrest. 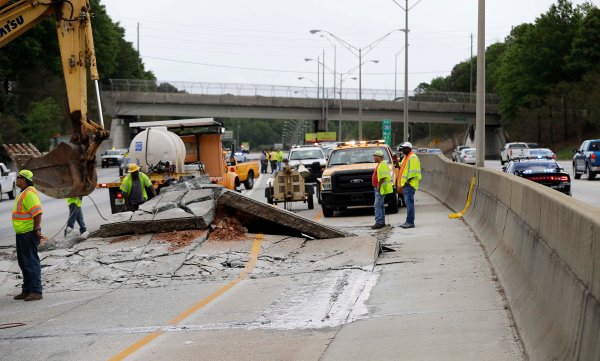 Atlanta Interstate Reopens Ahead of Schedule After Road Buckles
Next Up: Editor's Pick