Viola Davis: 'I Feel Like I Was a Total Rebel Being an Actor'

For Viola Davis, playing characters whose stories are rarely seen onscreen is the best part of being an actor.

“Those things that we probably are ashamed of as human beings, certain things that no one would ever talk about—as actors, when we transform into a character, we empathize with those moments,” the Academy Award winner and member of the 2017 TIME 100 tells TIME in a video interview.

Fresh off starring in Fences, a film based on a play by August Wilson, Davis applauds the playwright’s knack for elevating stories typically swept under the rug.

“August Wilson is the one writer that writes about men like my father, who had a fifth grade education, who was a janitor at McDonald’s. Who notices a janitor at McDonald’s? Who notices women like my mom, May Alice Davis who has an eighth grade education, who got married and had her first kid at 15? Who grew up on Singleton Plantation. He wrote about the every day human being,” Davis says. “I feel like those are the greatest stories, man. That’s why I became an actor.”

Pursuing acting as a career allowed Davis to feel like a rebel.

“‘Rebel’ is not a word I would describe for myself but I feel like I was a total rebel being an actor,” she says. “It made me feel like there was something in me, a passion, a love—and that I didn’t just squelch it.” 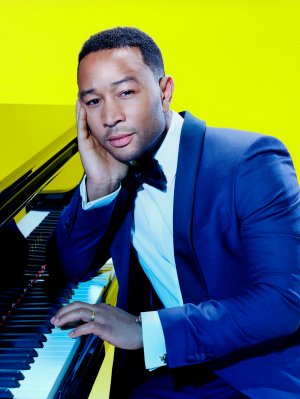 John Legend on Why Activism Matters Under President Trump
Next Up: Editor's Pick