These Are the Most Economically Segregated Cities in America

Eugene, Ore. is usually best known as the home of the University of Oregon and the birthplace of Nike. Now it can add another bona fide to that list: It is one of the least economically segregated areas in the country.

The word “segregation” is typically associated with people of different races and ethnicities. But a recent report by the Urban Institute, a Washington economic and social policy think tank, also examined 100 major metropolitan areas to see how divided they are by neighborhoods of different income levels. While some regions, like the greater New York City area, have low-income areas clustered together, apart from the high-income areas, Eugene and its suburbs are largely balanced in terms of high and low-income households.

The following interactive map, which uses data that the Urban Institute researchers provided to TIME, shows the 100 most-populous “commuting zones” — government-defined groups of counties whose residents primarily work in a major U.S. city — by how economically segregated they are. (These 100 regions cover the majority of the population.) You can click on any region and zoom in to see the income levels of every neighborhood and how divided they are.

Can’t see the map? Check out the article here.

While not as broadly studied as racial segregation, the Urban Institute’s report suggests economic segregation can also have major implication for the wellbeing of a population — particularly those in lower-income brackets. Regions that are more separated by income have lower overall incomes for black residents, for example.

If Chicago could reduce its level of economic segregation to that of a place like Denver or Minneapolis, for example, the authors estimate that it would result in a 2.7% increase in per capita income for black residents. (Chicago is currently the 20th most economically segregated commuting zone.)

In an interview, two of the report’s authors, Mark Treskon and Rolf Pendall, said that economic segregation tends to be more prevalent in larger metropolitan areas because larger populations are more likely to cluster together into groups of similar income levels. The effect is also product of the fact that, unlike many European and Latin American cities, those with the highest incomes are generally less likely to want to live in the central city.

The more affluent can also afford to move to more expensive homes in the suburbs, Pendall noted.

After a general decline in economic segregation between 1990 and 2000, levels rose in 72 of 100 commuting zones studied in by 2010 — likely a combination of the recession and increasing income inequality.

The next step for the research team is a partnership with the Metropolitan Planning Council to work with cities to better integrate their neighborhoods by income.

Economic segregation is measured by a technique known as the Generalized Neighborhood Sorting Index, which measures how clustered neighborhoods are by a given factor. The data for 2010, the most recent figures available when the Urban Institute began its analysis, comes from the Census Bureau’s 2008-2012 American Community Survey. 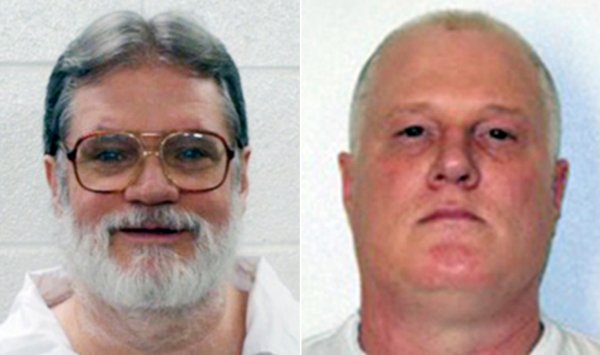 Arkansas Executions: What's Next for the Inmates Who Were Scheduled to Die
Next Up: Editor's Pick