Atlanta Interstate Reopens Ahead of Schedule After Road Buckles

All lanes reopened on an Atlanta interstate ahead of the morning rush early Tuesday morning after the road buckled — causing another traffic nightmare just weeks after a bridge collapsed nearby, officials said.

Georgia Department of Transportation officials anticipated the repairs on I-20 could last well into Tuesday afternoon, but crews worked through the night and finished them earlier than expected, the Atlanta Journal-Constitution reported.

GDOT crews have been working through the night. All lanes on I-20 WB will open before 7 am. Will be back later for permanent striping.

“We wanted to open all lanes as soon as possible, so we used temporary tape to mark the lanes this morning,” GDOT engineer Kathy Zahul told the Journal-Constitution.

She said crews will return to complete the permanent repairs on the road when traffic is slower. A representative from GDOT did not immediately respond to TIME’s request for comment.

Lanes on the westbound I-20 closed Monday between Candler and Gresham roads in DeKalb County after part of the road buckled. The Georgia Department of Transportation said the incident occurred “likely due to an issue with an underground utility installation.”

The incident occurred just weeks after a fire broke out on an interstate in Atlanta during rush hour, causing a bridge to collapse. No one was injured, but the bridge continues to cause traffic woes throughout the city. 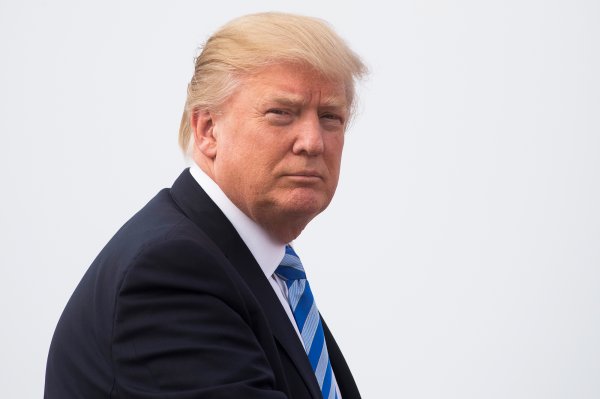