President Donald Trump will sign an executive order Tuesday directing federal agencies to conduct a review of visa programs and federal procurement policies to determine whether American workers are being taken advantage of.

Seeking to fulfill his campaign pledge to promote “Buy American” and “Hire American” policies, Trump will target the skilled immigrant program, known as H-1B visas, ordering a review to devise ways to ensure those programs don’t disadvantage American workers. The order will also direct federal agencies to review their compliance with requirements that they purchase and fund the acquisition of American-made goods, another key plank of Trump’s nationalistic agenda.

Trump will sign the order during a visit to Wisconsin tools manufacturer Snap-on, two senior Administration officials said Monday on the condition of anonymity.

“It’s a well-known fact amongst those who study both procurement policy and our visa and guest worker policies that Buy American and Hire American rules have been enormously diluted over time,” said one official. “The waivers and exemptions process in Buy American have been abused greatly, resulting in many lost job opportunities for American workers. And similarly, the Hire American rules that govern many of our visa and guest worker policies have gone unenforced or have been abused to the point of rendered, in some cases, even inoperative.”

The officials said the Trump Administration is specifically targeting the H-1B visa program for reform, specifically mentioning outsourcing firms Tata Consultancy Services, Cognizant Technology Solutions Corp. and Mphasis Corp. as examples of companies that work to undercut American workers. The first official pointed to government statistics showing that 80% of those who enter the country under the highly skilled visa program are paid less than the median wage. As a presidential candidate, Trump promised to repeal the H-1B program, but he has backed off that pledge, instead calling for modifying it.

Officials acknowledged that the order is largely symbolic — some of the provisions are already in effect — but cast it as a statement of the Administration’s priorities. “Having a message from the President of the United States that sets forth the clear position of the federal government is a fairly historic event,” the first official said. “And then that sets in motion, though, where there needs to be a regulatory process, where there needs to be a change in specific policy. That then follows on from that clear presidential order.”

Earlier this month, the Justice Department issued a warning to U.S. companies at the start of the H-1B application season that it is stepping up enforcement of program provisions designed to protect American workers. U.S. Citizenship and Immigration Services also issued similar guidance.

The order directs Commerce Secretary Wilbur Ross to prepare a report within 220 days on Buy American provisions, which include both direct federal purchasing and spending on federally funded projects, requiring all agencies to review their compliance with statute and to determine ways to step up their commitment. The order will also call on agencies to minimize waivers to Buy American provisions, as well as to analyze the fairness of government procurement marketplace under existing trade agreements.

“Our trading partners will be put on notice that the U.S. expects fair and reciprocal access to their government procurement markets,” the second official said. 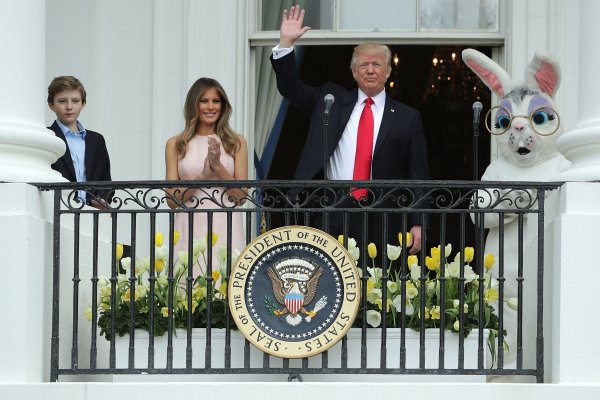