Kris Kobach Must Turn Over Plan He Brought to President Trump, Judge Rules

A federal judge has ruled that Kansas Secretary of State Kris Kobach must reveal the document he brought into a meeting with then-President-elect Donald Trump on November 20th during the presidential transition.

Kobach must turn over the document by Wednesday, the order states. Kobach had initially objected to producing the documents.

During the presidential transition, Kobach, who was under consideration to serve in Trump’s cabinet and was advising him on immigration policy, was seen heading into a meeting with the then-President elect November 20th at one of the Trump properties with a partially obscured document. An Associated Press photographer captured part of the document.

A reporter from the Topeka Capital-Journal examined the photo and determined the document proposed questioning what Kobach viewed as “high risk” immigrants on their support for sharia law. The first point in the document, according to the Capital-Journal, is to “Bar the Entry of Potential Terrorists.” 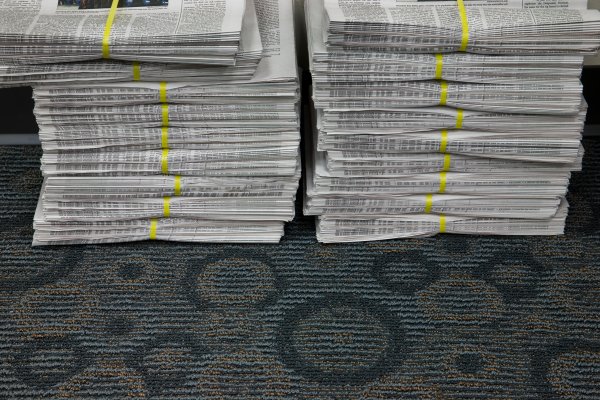 A Newly-Hired Kansas Principal Resigned After Student Reporters Investigated Her Credentials
Next Up: Editor's Pick