Facebook is reviewing its method of reporting and reviewing videos flagged to by users after a man posted a video featuring himself shooting an elderly man in the head.

“We are reviewing our reporting flows to be sure people can report videos and other material that violates our standards as easily and quickly as possible,” Facebook Global Operations Vice President Justin Osofsky said in a statement.

Facebook finds itself embroiled in controversy after a suspected killer, 37-year-old Steve Stephens, announced his intent to murder on Facebook, and subsequently published a video on the platform killing a 74-year-old man, Robert Godwin Jr. in Cleveland, Ohio. Facebook removed the video, but only after it was up for three hours.

Osofsky said the company did not receive a report about the first video, where Stephens announced his intention to murder as part of an “Easter Day slaughter,” and only received a report about the video where the actual shooting happened over an hour and 45 minutes after it was posted.

Although Osofsky noted that Facebook disabled the suspect’s account 23 minutes after receiving the first report, he acknowledged the need for improvements. “We know we need to do better,” he said. He also said Facebook is exploring new technologies that can increase the safety for users, like artificial intelligence. 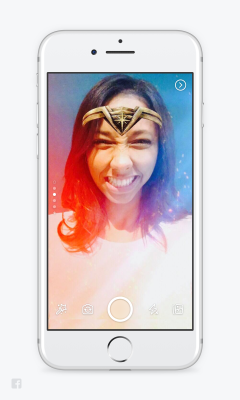 This Is Facebook's Biggest Shot at Snapchat Yet
Next Up: Editor's Pick