In 2014, Berkeley, California became the first city in the United States to pass a tax on sugar-sweetened beverages. The goal was to cut back on consumption—and eventually, to help chip away at rates of diseases like obesity and type 2 diabetes.

The tax, which tacks on one cent per fluid ounce on beverages with added caloric sweeteners—like sodas, energy drinks and sweetened fruit drinks—was officially implemented in March 2015. And according to a new report published Tuesday in the journal PLOS Medicine, it appears to be working.

The researchers looked at whether the tax impacted the buying behaviors of Berkeley residents. They found that one year after the tax took effect, sales of sugar-sweetened drinks fell by close to 10%, and sales of water increased in Berkeley by about 16%. Sales of unsweetened teas, milk and fruit juices also went up, suggesting people were substituting their sugary drinks with healthier alternatives.

“I was really quite surprised, to be honest,” says lead study author Barry Popkin of the University of North Carolina at Chapel Hill. “Berkeley already consumes [fewer sugary drinks] than the rest of America. They are highly educated and higher income. We wondered, if money is not a problem, would they stop?”

The findings suggest that even in higher-income communities, a soda tax can impact sales. Popkin predicts that the drops would be even greater in cities and counties with lower-income communities. In Mexico, which passed a similar tax that took effect in 2014, there have been significant declines in the consumption of sugary beverages. Among low-income residents, it dropped by 17% early on.

This strategy may be gaining traction in the U.S. During the 2016 election, four cities and one U.S. county—including San Francisco and Cook County, Illinois—voted in favor of raising the price of sugar-sweetened beverages. Philadelphia also passed a similar soda tax in June of 2016. “I expect larger effects in those cities,” says Popkin.

Another interesting finding in the study was that sales of sugar-sweetened beverages in neighboring cities rose nearly 7%—possibly because people may be buying their soda where it’s cheaper. Yet Popkin says he’s skeptical that the number of people in Berkeley would be great enough to increase the rates of other cities substantially, and believes that the higher rates could be partially unrelated. Other experts argue that taxes in surrounding areas would need to be passed to have a substantial effect.

“What if surrounding cities, or the state of California, passed a tax? Would people go to another state to buy? Probably not,” says Dr. Robert Lustig, a sugar researcher and a pediatric endocrinologist at University of California, San Francisco. (Lustig was not involved in the study.)

It’s still too early to say whether soda taxes in communities translate to better health in residents. In the new report, Berkeley residents reported drinking fewer sugary beverages, but the amount of calories saved was too small to be statistically significant. Popkin and Lustig both say it could take years before any effect on diabetes or obesity rates will be noticeable.

Bloomberg Philanthropies, founded by former New York City Mayor Michael Bloomberg, provided some funding for the new study. Bloomberg is an advocate of soda taxes, and has donated funds to campaigns throughout the country.

Taxes on sugary beverages have big implications for the companies that sell them. The beverage industry has spent more than $20 million fighting soda taxes in places like California; in Philadelphia, the American Beverage Association (ABA), a trade group for beverage companies, has taken legal action against the city, arguing the taxes are unconstitutional. Pepsi recently announced it will cut up to 100 jobs in Philadelphia due to the tax. Philadelphia Mayor Jim Kenney’s office has urged residents to be skeptical of Pepsi’s claims, given the company brought in $62.8 billion in revenue in 2016. “They are literally holding hostage the jobs of hardworking people in their battle to overturn the tax,” city spokeswoman Lauren Hitt told the Associated Press.

The tax also doesn’t look the same in every city. While the money from Berkeley’s tax goes into the city’s general fund, Philadelphia uses the funds from the tax to expand the availability of pre-kindergarten in the city. “Ultimately I am for anything that reduces consumption,” Lustig says. “I think different cities and countries will find different way to make it happen.” 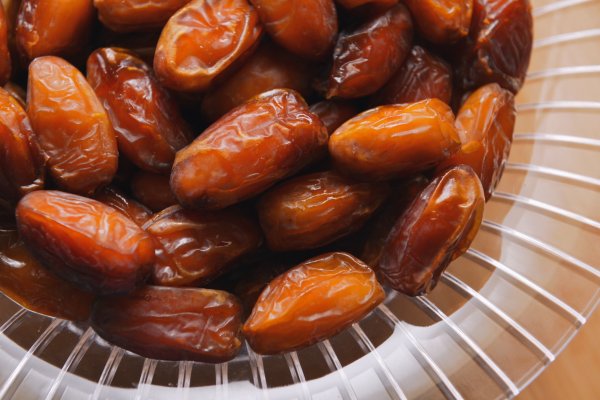 8 Healthy Ways To Use Natural Sweeteners
Next Up: Editor's Pick